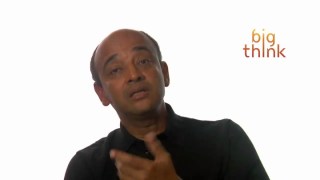 Honor killings will end only once a majority of people identifies them with dishonor rather than honor. The proper response to an honor killing should therefore be not “Who cares about honor?” but “What kind of honor is it to kill an unarmed woman?”

Question: How might your research be leveraged to end the practice of honor killing?

Kwame Anthony Appiah: Well, there’s a case, which I discuss in the book – a very important and I think an interesting case of an honor killing in Pakistan.  And it’s important because it draws attention to the fact that this is not a practice only engaged in by kind of rural peasants.  The woman in the case I discuss who was killed by her family, by somebody for her family, was a law student, her mother was a gynecologist, her father was the most... was the head of the Better Business Bureau, as it were in his hometown.  Her husband, from whom she was trying... to divorce, which is why she was killed, was an M.D.  They were successful modern, highly educated Pakistanis.

The practice that she was, that the lawyer was in was a very distinguished practice in Pakistan.  It was headed by two sister, women, lawyers, one of whom was the head of the national human rights organization and she said immediately upon this exactly the right thing.  Her name is [...].  She said, “What kind of honor is it to kill an unarmed woman?”  Right?  She didn’t say, “Who cares about honor?”  She got the point, which I don’t think would work.  I don’t think in a society that’s full of people who care about honor or “hirate” as they call it, that we could hope for any significant change by just attacking honor head on.

What she said was... and that’s a good question.  I mean, how is it that a man who organizes the murder of his own daughter gets to be entitled to respect?  Well, there’s a complicated thing about the way things work in that particular honor system.  An honor system, but the way, that was quite common around the world.  You could find it in Italy a hundred years ago; there was very much the same thing.  That honor system needs shifting.  If you’re going to shift it, you have first to insist on the wrongness of what it requires, but that’s not hard to do; murder is already illegal.  The Koran prohibits it already and Pakistan is a Muslim state, and so there are lots of reasons you can give why you shouldn’t do it.  But you also have to shift the honor system.  And that’s what they are doing by banging on the point, the correct point, that it just doesn’t make sense to think of it as honorable for a man to kill an unarmed woman.

And there’s a Web site organized by some... It’s called Arabs and Muslims Against Honor Killing, and at that Web site their slogan is:  “No honor in honor killing.”  And I think that’s absolutely right.  So what’s going on already is a shift.  There are already people who see this, already people who say: "Honor requires us not to murder these women."  And I think as the dialogue goes on and provided it’s conducted respectfully across societies and within that society where there are many people who agree with you and me about the wrongness of honor killing—as that dialogue goes on there will be a shift.  And as more and more people come to identify this activity, not with honor, but dishonor—as in China with foot binding—there’ll be a moment, a kind of tipping point when it goes from being something you do in order to defend your honor to something which, if you do it, brings you shame.

And that’s, you know, I’m famously in all my work more optimistic than many people.  I’m a bit of a Pollyanna, but I think that’s what’s happening already.  I think there’s a shift going on.  I think they’re making the right arguments that it’s wrong, it’s illegal, it’s un-Muslim, and that it’s dishonorable.

Convincing Other Cultures to Change