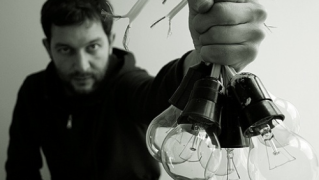 Using Guilt to Save Energy

Behavioral Psychologist Dan Ariely has some ideas on how to get us to reduce our carbon footprints.

Question: How can we teach people to save energy?

Dan Ariely: Energy. So, let's rewind the clock for a second and think about what happened when the gas prices reached $4.00. It was incredible. It was amazing how concerned people were. In fact, I was on a radio show with somebody who bought an Escalade, you know, a Cadillac Escalade, one of these huge cars -- eight month earlier. He bought this car when the price of gasoline was $3.20, and he was back at the dealership when the price hit $4.00 to trade it in. And he bought it for $74,000, they were offering $35,000, or something like that.

Now, this is a huge loss that he was going to -- now, on that day, everybody was afraid of big cars and everybody wanted to turn them back, and nobody wanted to buy them. It was the worst time from a supply and demand perspective to sell a gas guzzler. And I said "Wait. Don't do it. It's the wrong thing." How many years will you have to drive from a financial perspective, how many years will you have to drive with this to justify it? Now, it's true that the price of gasoline increased by 80 cents since you bought the car, but it was very expensive when you bought it, and you decided to buy it. Now, just to be clear, I don't want people to drive gas guzzlers and so on, but this guy was going to lose a tremendous amount of money, not to mention he was going to buy a new car for this.

The question was, why were people so concerned? Now, I went back home and I looked at my personal finances and I discovered that the way that gasoline prices affected my personal life in terms of how much I was spending a year on it was really quite marginal compared to how much my healthcare cost has increased, but nobody seems to care. Nobody seems to be shouting over this. And even the gas, even energy prices at home, gas and electricity have gone up dramatically, but it was the pump that go people so up roared. Now why?

I think there are two reasons, one is that we all have this ideology of gas should cost $1.00 per gallon from whenever in the past. And the second thing is we see it all the time, do you even know how much a kilowatt hour is costing you? It's hard to tell because we don't see it. But you stand next to the pump, you fill it up, there's nothing else to do and you're watching these number go up.

So, two things are happening. You know how much it costs and you buy multiple units every time. Imagine the same thing would happen to bread. Last year when there was the oil crises, bread increased dramatically, my bakery basically had to put out a sign that said, "I'm sorry, but the price of wheat has increased more than 200% recently." But when we buy bread, we don't really remember how much it cost last time and we don't buy 12 loaves or 15 loaves at a time.

So, what is the lesson from this about energy consumption. I think it's about saliency. That energy consumption when something is salient is going to be very painful to us; guilt invoking and we are going to try to do things to overcome it. Energy consumption that is hidden and we don't see is not going to matter so much. So, now the question is, what do we do with electricity at home? How do we get people to think more carefully?

So, linking these financial element to energy consumption I think has a huge role if you think about a display instrument that could teach us about what we are using, how much it costs us, how much it is saving, and therefore change our decisions. So, do you know how much money you would save if you changed your light bulb to compact florescent light bubs? How much would you save if you decreased your temperature of your house in the winter by one degree, or increase it by one degree? We just don't know these numbers, but I think displays could make it a memorable change in terms of attention, and also help us translate it in terms of concrete ways on what you can get.

Look, if you keep on doing this this way, you could get two days in the Bahamas next time you go on vacation.