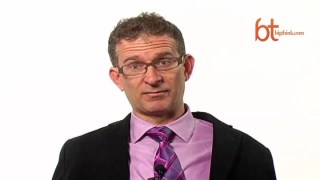 The Texas Penal System as a Microcosm

Question: Why did you focus your research on Texas prisons rnspecifically?

Robert Perkinson: Well, my family is rnfrom the South and when I went to grad school at Yale and decided to rnstart working on prisons because as an undergrad, I had noticed you rnknow, there’s all this money going into prisons and we’re starting at rnthat time already to eclipse higher education spending in many states.  rnBut when I started kind of going through the literature I realized that rnalmost all of the books were really focusing on the north, there were a rnlot of new books and research that were coming out of California, but rnthe South is really where the action was.  Three-fifths of the prison rngrowth in the U.S. in the last 30 years has been in the South.  The rnSouth overwhelmingly and to a lesser extent the Sun Belt, has the rnhighest rates of incarceration in the country and there hadn’t been muchrn attention there.

So I went down to my own state where I spent arn lot of time, Mississippi, and thought about doing research there and rnthen I spent time at the Angola Prison Plantation in Louisiana, but the rnmore I started poking around, the more I realized that Texas is really rnwhere the action is.  You know, just like if you were going to do film rnstudies you were probably going to end up in Hollywood, or study financern you’re going to end up in New York.

Texas has now the largest rnpenal system in the United States, 171,000 people behind bars.  That’s rnmore than California, even though California has a third larger rnpopulation.  Those under some sort of criminal justice supervision, rnincluding parole and probation, that gets up around 750,000 in Texas, rnwhich makes it about the same size as the booming capital, Austin.  It’srn got obviously the most active death chamber in the nation, the most rnaggressive private prison industry.  Texas is also politically really rnimportant because Bush the second was President when I started this rnproject and a lot of recent Presidents have come from Texas; Eisenhower rnand Johnson and both Bushes.

So, I felt that Texas was a place rnwhere we can see the Southern influence of criminal justice on the rnnation because it’s a kind of bridge between the Deep South and the Westrn and the Midwest.  And it really was where the action was.  And I think rnit was the right place to look because I think looking carefully at the rnhistory of Texas kind of makes us rethink the history of crime and rnpunishment and incarceration in the country as a whole.

Question:rn What about Texas is causing such high incarceration rates?

Robertrn Perkinson: Yeah, the sentences tend to be longer, the protections rnfor indigent defendants so on the entry side, tend to be weaker.  Texas rnhas, although that’s starting to change now, but there’s no state-wide rnpublic defender system, so most of the public defenders are appointed byrn judges. And they’re paid a kind of set amount for the case, which meansrn that the less work they do on behalf of a defendant the more they will rnmake as an hourly wage.  There’s all sorts of court-appointed attorneys rnwho are doing... working really hard, but they are penalized for doing rnso.  And the judges are also elected in Texas which has meant that in rnthe kind of resurgence of conservatism that has seized on law and order rnas central campaign slogan and as candidates from Bush the first using rnWillie Horton against Dukakis forward have found that attack ads based rnon accusing someone of being soft on crime are pretty effective.  It’s rnmeant that most of the judges elected to the criminal appellate courts rnand to the local courts have been law and order conservatives—often rnprosecutors or victim’s rights advocates and so the judiciary in Texas rnhas more often wielded a rubber stamp than a gavel.  So that accounts rnfor some of the higher rates of incarceration.  And that explains a lot rnof why Texas’ death chamber is so much more active.

Texas rndoesn’t have the largest death row.  It’s not sentencing more people to rndeath, although there are a lot of people being sentenced to death rnbecause they are not getting good representation... but the Appellate rnCourts are so harsh in Texas.  So much so that even the U.S. Supreme rnCourt, which is now a very conservative body, has repeatedly over the rnlast few years been rebuking the Texas Court of Criminal Appeals.  I rnmean, they’ve made decisions that, to the rest of us seem unfathomable. rn They allowed an execution to go forward because, without review, rnbecause the defense attorneys missed a 5:00 p.m. filing deadline.  They rnrefused to release inmates who have been proven twice innocent by DNA rnevidence.  Just a couple of weeks ago the Supreme Court had to step in rnand stop the execution of Hank Skinner because the prosecutors had rnrefused for years to subject the physical evidence from his crime scene rnto DNA testing and the list kind of... they refused to order new trials rnwhen they found out that the judge and the prosecutor had been sleeping rntogether during the defendant’s trial.  So, there’s a whole series of rnkind of outrageous decisions.

So, it’s a confluence of factors,rn but what I didn’t get to and maybe we’ll talk about later is what I rnreally actually argue in the book is more that there is this historical rnlegacy of slavery and that we still live within slavery and rnsegregation’s shadow in that really is what is governing and propelling rnprison growth in the south, and now in the country as a whole

Question: rn How has DNA testing affected the justice system in Texas?

Robertrn Perkinson: DNA testing has led to a kind of crisis in the judiciaryrn because—if it’s done properly—which is often isn’t...  I mean, the rncrime labs in Dallas and Houston have been plagued by error and rnprosecutorial bias... But if the labs are independent and fair, and the rntraining is solid and they’re independent, then the results are so good rnthat it has made us realize that types of testimony—types of evidence rnthat we thought were unassailable, like eyewitness testimony in rape rncases, in which the victims with great conviction believe that the rnperson before them was the assailant, it has turned out in many cases rnthat they were wrong.  And there’s a lot of cognitive research now to rnback this up that we can kind of plant memories or change memories rnthrough the process of the lineup and so on.

So yeah, the more rnthat we can—the more that we can provide defendants in cases which therern is physical evidence the best kind of testing to ensure the most rnfairness, that’s better.  And that’s a way to reduce, frankly the prisonrn population and to save money in the long-term as well.  I mean, I thinkrn having a robust public defender system, having a genuinely adversarial rncriminal justice system that will... on the one hand, stop people from rngoing to prison, but also there’s a much larger category of gray areas rnwhere people are going down for, or pleading to sentences that are much rnlonger than they would have gotten even if they were guilty, had all thern investigative and mitigating factors come to the fore with adequate rndefense representation.  That’s a way to reduce the prison population rnand it’s a way to do it in such a way that it might not entail as much rnpolitical peril as some early release programs, if they’re not done rncarefully because that always of course will generate some portion of rnghastly headlines.

Question: Why does Texas execute so rnmany people?

Robert Perkinson: That has to do, I thinkrn primarily with the way that both indigent defense is handled in Texas rnand the Appellate Courts are organized.  Indigent defense is court rnappointed rather than a public defender system, although there have beenrn some improvements in the last couple of years.  But court-appointed rnattorneys in Harris County, which is the death penalty epicenter of the rnUnited States, they don’t have their own evidence budgets, they don’t rnhave salaries.  They are penalized economically if they work really hardrn on a case, and so there’s a kind of assembly-line quality to the rnconvictions.  And then worse, the elected judges at the appellate level rnhave let all sorts of cases go through.  And indeed, we have now pretty rnmuch irrefutable evidence that Texas, in recent years, with all of the rncriminal procedure improvements since the Warren and the Berger courts rnthat have been executed were innocent.  Notably, Cameron Todd rnWillingham, who was one of my research subjects and we corresponded for arn long time.  He was profiled in The New Yorker.

I myself, I rnmust confess, because I have young children and he was convicted of rnburning alive his two daughters in order to collect insurance money.  I rnalways felt a little queasy corresponding with him.  I never really rnbelieved his constant professions of innocence, but luckily somebody didrn start looking into it and once they hired minimally competent arson rninvestigators to go over the physical evidence, and once they had peoplern go back and look at the witness testimony when they were first rninterviewed by police, versus what they said on the stand, they were rnable to show that, A) there’s no evidence of arson whatsoever, B) rnthere’s no serious motive—the insurance settlement was paltry.  And all rnof the kind of evidence of him being kind of dangerous was also dubious rnand generated by prosecutorial coaching.  And everybody who has looked rnat that case is now convinced that Willingham was innocent.

Thern Texas Forensic Science Commission was about to, a couple of months ago,rn declare that he had been wrongly executed.  Governor Ryan, in Illinois,rn when this happened under watch, to his credit, he was a pro-death rnpenalty Republican, he was so troubled by the prospect of executing rninnocents that he vacated death row in order to really high level rninvestigation of the entire death row, and it resulted in a lot more rnexonerations.  And he commuted a lot of those sentences to life in rnprison, and some less, and some people walked free.

Governor rnPerry, longest serving Governor in Texas history, executed under his rnwatch, more people than any other Governor quite possibly in American rnhistory.  He took a different approach.  When the evidence became clear rnthat an innocent person had been executed under his watch, he fired the rnmembers of the Forensic Science Commission and replaced it with his rncronies such that the truth would be squashed.  And that’s kind of rna—that’s a pattern of his in the past is to pursue policy ideologically rnbased and to ignore truth and evidence.

Why We’re Locking So Many People Up