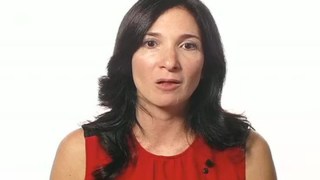 The Separation of Bank and State

If we want to prevent the finance industry’s recklessness from spilling into the general economy in the future, Nomi Prins believes we’ll need to enforce a split between consumer and investment banks.

Question: Do you think that banks should be split up?

Nomi Prins: I think splitting the banks up is the only thing that really makes sense. Right now, the wake of the crises has created bigger, more powerful institutions than we had going in. So this idea of too big to fail has become actually created and abetted as well by the government. Last year when the crises was happening, it was, the federal reserve was in a position to, for example, deny mergers, to deny banks becoming even bigger than they were when they were flirting with failure, and instead, what the fed did was prop them up by guaranteeing a lot of the potential losses that could come from new mergers. So, for example, Bank of America merged with Merrill Lynch to become the biggest, most complex institution in the country. As well as one that holds a tremendous amount of consumer deposits. Wells Fargo and Wachovia also merged to become a much larger institution with a lot of credit problems of its own. JP Morgan Chase was given with a lot of government banking, the Bear Stearns Company, an investment bank which has a lot of risk attached to it, as well as Washington Mutual. So you have the top three banks in the country even bigger and more powerful and owning more of consumer deposits and assets than even before the crises. And that’s the completely wrong thing to do.

The only way you can really regulate effectively and back risk, if it gets out of control, and help it from spilling over into the general economy, is to make things more manageable and smaller and regulatable to begin with. And that would entail splitting up the banks into consumer banks that deal with deposits and loans and checking and savings and basic funds, and investment banks that can trade and speculate and do whatever they want, with more regulations so it doesn’t spill into the rest of the economy, but not with the right to have government backing when they fail.