Juan Battle is a Professor of Sociology, Public Health, & Urban Education at the Graduate Center of the City University of New York (C.U.N.Y.). Prof. Battle is a Fulbright Senior[…]
Go to Profile 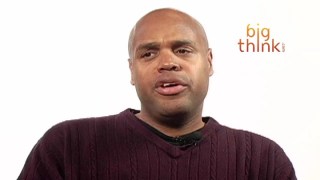 The Problem with Helping One Person

Twenty-something’s should be reaching out to as many people as possible.

Question: Where should twenty-something’s who want to address inequalities in society be putting their energies?

Juan Battle: Everywhere. I mean I don’t think there is no one thing that everybody should do.  I think everybody should do everything they can.  There is a mantra that I’ve always found annoying. It’s each one, teach one or each one, reach one. That’s called zero growth because that means for everyone that goes out only one can come in.  My policy is each one should reach everyone they can and different people have different passions. You know I don’t have an overwhelming passion to music let’s say you know or the arts. I don’t you know have to paint or perform music in any way or dance, but there are people who for them that’s breath, that’s life and my position is well then use that.  Use that and find somebody else who is younger and serve as a role model or a bridge or an opportunity for them. You know for other people it might be sports.  For somebody else it might be school, whatever it is.  So I wouldn’t say that there is one thing that everybody ought to do.
Up Next

What Makes a Leader