Kevin Bales is an anti-slavery advocate and the president of Free the Slaves, the U.S. sister organization of the world's oldest human rights organization Anti-Slavery International. He is also a[…]
Go to Profile 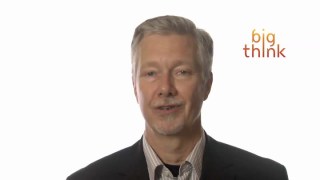 The New Face of Slavery in America

Conservative estimates say that there are 50,000 slaves in the U.S., and less than half of these are being sexually exploited—the rest could be in your neighbor’s backyard or in the kitchen of your favorite restaurant.

Question: What misconceptions do people have about slavery in the United States?

Kevin Bales:  Gosh, I'd say there's probably two misconceptions that Americans have about slavery that are pretty dangerous.  One is: "We don't have slavery here."  Which we do.  We absolutely do.  And the other is that it's all about enslavement.  If they know about slavery, they think it's all about enslavement into prostitution of woman from overseas.  The facts are that, very conservatively measured, very conservative measure would say we have probably 50,000 people in slavery in the United States.  Some people would put that number much higher.

But what we also know is that the number of people who are in enslaved in sexual exploitation into prostitution is less than half of that total, to the best of our understanding.  Now again, it's a hidden crime.  It's a criminal, you know, episodes so it's hard to get the tight numbers. But to the best of our understanding.  And so what that means is that slavery exists all around us in the United States and people tend to be very unaware of it.  And literally it could be in your neighbor's backyard.  It could literally be in the restaurant where you had a meal, you know, a few nights ago and so forth.

And what we're missing then is the idea that slavery is in our country—that it's always been in our country.  There's actually never been a day in the history of the United States without slavery.  But of course the other, I guess if it's a misconception or really a big idea that nobody has quite come to grips with is that we could actually be a slave-free country.  And we could be a slave-free country in a way that would be a first in human history.

Question: Is the U.S. government doing enough to combat slavery?

And a perfect example of this is that the State department suggests that something alike 17,000 people are brought into the country every year to be slaves—trafficking victims, 17,000 every year in the United States to be new slaves in America.  The homicide rate in the United States is almost exactly 17,000 a year as well.  So we've got 17,000 new slaves and 17,000 murder victims and yet we spend over four billion on the homicide and under a hundred million on the slavery.  We have a homicide detective and unit in every police department in the country and how many slavery and human trafficking units do we have?

Last count I made was about seven.  Twenty thousand police departments, maybe seven of them had anybody... even an individual part-time who's devoted to slavery.  It's a very odd situation that we have a crime almost as serious as murder getting no attention.  And that's one of the things we've got to do to make this a slavery-free country.

The Worst Countries for Slavery