V.S. Ramachandran is a neurologist best known for his work in the fields of behavioral neurology and psychophysics. He is currently the Director of the Center for Brain and Cognition[…]
Go to Profile 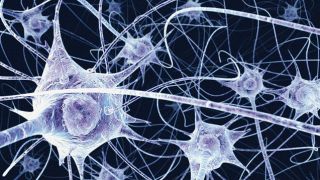 The Most Bizarre Brain Disorders

Ever mistake your mother for an alien or think that your body was a rotting corpse? Assuming the answer is no, thank your lucky stars that you don’t have one of these extremely rare brain disorders.

VS Ramachandran:  Well, in turns out, when there’s a small lesion in one part of the brain, what you get is not an across-the-board reduction of all their mental capacity a sort of blunting of your mental functions.  What you see is a highly selective loss of one specific function, which is recognizing faces or reading, and other functions is being preserved intact.  So you can… this gives you some confidence in saying that that region is somehow specialized for that function.  You can then home in on the micro circuitry in that region and see what it’s connected to and understand the function and logic and map function and structure.  So that’s the goal of the whole enterprise.

So what we do is we look at patients who have sustained injury, look at how their behavior, how their mind has changed and ask ourselves, what can this tell you about the functions of the normal brain.  That’s one agenda, and then there’s the clinical agenda of trying to help the patient and sometimes we succeed and sometimes we don’t.

So what causes this? What we think is going on here is the visual pathways are normal, the fusiform face gyrus is normal, that’s why he can recognize his mother, and say it looks like my mother.  But the wire that goes from there to the amygdala is cut by the accident.  Therefore, he looks at his mother and there’s no emotional arousal.  So there’s no warmth when he looks at him mother or no fear when he looks at his mother.  So he says, “If this is my mom, how come I’m not feeling anything?  It’s might be some other woman, it’s an imposter.”  The only sensible interpretation in his brain… it seems bizarre to you and me, but given the disconnection in his brain between vision and emotion, vision is normal, emotion is normal, but the two are uncoupled.  The only sensible interpretation is this very bizarre interpretation that she is an imposter.

But if you come up with that anatomical explanation, you solved the mystery, you do a Sherlock Holmes like deduction here, and then you analyze what is going on and it’s mystery solved.  And you can test it experimentally using a very simple procedure.

Another even more bizarre disorder, if you can believe it, is Cotard’s Disorder, where a person says, “I am not alive; I am dead.  I am a rotting dead body.  I’ve been buried.  I’m a corpse; I can smell my stinking corpse.”

Now, why does Cotard's occur?  We don’t know.  But it is a representation of self just like there’s a representation of other people in your brain.  And when there is an alienation of the self because of some kind of disconnection going on in the brain, it may contribute to Cotard's Syndrome.  But also, just at in Capgras Syndrome, there’s a disconnection between feasible sensory signals in the amygdala and the limbic structures so that your mother fails to evoke emotion, imagine a much more widespread disconnection of all sensory input; hearing, touch, vision, everything is disconnected from the limbic structures.  It's an impoverished sense of self, an alienation of self.  None of the sensations of the external world have any emotional significance that’s about as close as you can get to existential annihilation.

Why State-of-the-Heart Technology Is What Really Moves People