Michael Ellsberg is the author of The Education of Millionaires: It’s Not What You Think, and It’s Not Too Late, out Sep. 29th, 2011 from Penguin/Portfolio, and The Power of[…]
Go to Profile 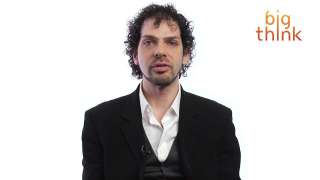 The Informal Job Market – And Why It Matters.

Most people who track this believe that about 80% of hiring happens on what is called the informal job market, which is essentially . . . somebody knows somebody, the boss needs a position filled, they ask their employees who would be good to fill this position, and the employees have referrals.  And in that vastly larger informal market, traditional
credentials are much, much less important than who you know, and usually the notion of job requirements is highly negotiable.  If you know somebody who knows somebody who works in an organization that is hiring, you can get a referral and it doesn’t really matter what your GPA was or how you did on your tests or your credentials.  What matters is that you have a great resume of results that you have gotten in the real world and that you’re a good networker, that you know people.

So I would say to young people, the things you should really be focusing on are learning how to become a great networker.  That, to me, is the number one skill, and of course also learning the skills of the area that you want to do business in, to have a career in, which you’re unlikely to learn in college.