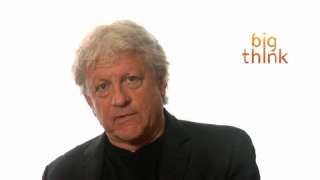 The Importance of Olfaction Beyond Smell

Our olfactory system’s methods of molecular recognition provide a model for understanding all kinds of other receptors in our bodies.

Question: Why is understanding olfaction important, beyond telling us how we smell?

Stuart Firestein: One of the important things I’d like to say about these receptors is that they belong to a family of receptors that are also similar to them. They’re called G protein-coupled receptors, but that’s not so important to actually have the name for them, but there are a large number of these receptors beyond the olfactory receptors, about another 400 of them in our genome and they do very, very important things. These are also receptors for serotonin, for dopamine, for acetylcholine and for many molecules that float around in your brain and do important things, for various hormones and many other substances in your body, molecules in your body that have to be detected by other tissues. So this is important because one of the reasons we study olfaction—aside from the fact that we think it’s a very cool sense and a very cool ability—is that we feel if we learn something about these receptors in olfaction we’ll know something about them elsewhere too. We’ll learn how to design drugs that fit directly into these receptors and don’t have as many side effects as current drugs do. So we consider it a kind of, if you will, a model system, because what olfaction does is molecular recognition. It recognizes molecules and really every cell in your body, every cell in your brain and every cell in every organ in your body is busy recognizing molecules and responding to them whether they’re hormones that float through the blood or drugs or metabolic byproducts or a variety of other substances. We are, in the end, chemistry.

The Evolutionary Paradox of Our Sense of Smell