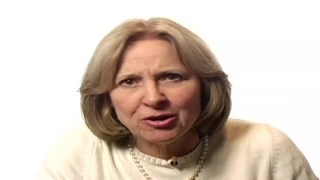 People who create an early vision of a partner in their mind often hold onto it for a long time.

Question: What is love?

Helen Fisher: Love is a lot of things to a lot of different people, but I do think that we all have inherited these three basic brain systems for mating and reproduction; the sex drive, romantic love, and deep feelings of attachment.  But when you take a look around the world at world poetry, I think poetry is a very good litmus test. I think poetry is a very good indication of the emotions.  And all over the world you see the same descriptions of romantic love.  For example, the first thing that happens when you fall in love is a person takes on what I call “special meaning.”  As George Bernard Shaw said, He said, “Love consists of overestimating the differences between one woman and another.”  And indeed, we do.  And then you focus on this person.  That person’s car is different from any other car in the parking lot.  The street they live on is different, the music they like is different.  Everything about them is special and you focus on it.  In fact, before I began putting people into the brain scanner, I would ask them, what do you not like about your sweetheart?  And they would list what they didn’t like and then they would sweep that aside and just focus on what they did like.

Another basic characteristic of romantic love is intense energy.  You can walk all night and talk til dawn, real mood swings, elation when things are going well, crashing into terrible despair when you don’t get an email, or don’t get a call, real possessiveness, it’s called “mate guarding” among animals.  Most people don’t care if they’re casually sleeping with somebody.  They don’t care if that person is sleeping with somebody else, but when you’re in love, you really care.

But the three main characteristics of romantic love are:  intense craving for emotional union with this person.  You like to sleep with them, but real emotional union with them, and intense motivation to win them, what people will do when they’re in love.  And last, but no least, obsessive thinking.  You can’t stop thinking about this person.  Somebody is camping in your head.  It’s also quite uncontrollable.  Stendahl once said, “Love is like a fever.  It comes and goes quite independently of the will.”  And indeed it does.  It just visits you.  The brain system becomes triggered and you’re off to the races.

Question: Does passion diminish after a certain amount of years?

Helen Fisher: I think that most people believe that romantic love dies after a certain number of weeks, months, or years.  But my colleagues and I have actually proved that wrong.  The first author on our most recent brain scanning study is Bianca Casavedo.  And Bianca, and the rest of us, wanted to see what happens in the brain among people who report that they are still in love, not loving, but in love with somebody after an average of 21 years of marriage.  And so, in New York, we put 17 people who said they were still in love with their spouse into the brain scanner and we found exactly the same activity in this tiny little factory near the base of the brain that we found among those who had just fallen madly in love in the ventral tegmental area.

So, you can sustain romantic love long-term.  But we did find one difference.  When you just fallen in love, we find activity in a brain region associated with anxiety, and among those who were in love long-term, that has disappeared, and instead you now feel a sense of calm.  And so what I think is going on among people who are in love long-term is they still want that man to come home for dinner and they still want to sit down and talk about the day and they still want to go on that vacation together, and they want to share their lives, they’re not thinking of divorce, they feel that sense of romance and tingling sensation.  But if they don’t get a phone call at lunchtime, they don’t crumble in a corner and cry.  That anxiety is replaced with calm.

Question: What are the differences in relationships that start in high school versus later in life relationships?

Helen Fisher: I haven’t studied the differences in the brain between those who met in high school and those who met later in life.  But I do think that those who met in high school have some wonderful advantages.  And that is that they know each other’s parents, they knew the dog that she grew up with and his younger sister, and the fact that he was a high school star and that she was wonderful at the Jitter Bug, at dancing.  You know, they have all those memories that are wonderful.  This is one of the reasons I think that, there’s a real trend right now of older people divorcing and then finding their first love on the Internet and falling in love with somebody who they really were in love with in high school.  And they do have that advantage of this understanding of the house they grew up in, the kind of car that he drove, etc., etc.; the kinds of things that really bring continuity.

As a matter of fact, I’ve interviewed some of these people who had reconnected much later.  And one of them was a couple, they were probably both in their 60’s, and I asked him whether she had changed at all.  And he said, “Not at all.”  And then I saw photographs of the two of them in high school standing in front of a Christmas tree and I could see them clearly now.  And they were so dramatic – I mean they both gained 100 pounds, they were so dramatically different.  But once you get a vision of who this person is, if you can hold on to this, you will create a happy relationship.