If philosophers don't try to mesh their long-held views with new scientific insights, then we have a problem.

Susan Schneider
Susan Schneider is the NASA/Baruch Blumberg Chair at the Library of Congress and NASA, as well as the director of the AI, Mind and Society Group at the University of Connecticut. Her work has been featured by the New York Times, Scientific American, Smithsonian, Fox TV, History Channel, and more. Her two-year NASA project explored superintelligent AI. Previously, she was at the Institute for Advanced Study in Princeton devising tests for AI consciousness. Her books include The Language of Thought, The Blackwell Companion to Consciousness, and Science Fiction and Philosophy.
28 July, 2019

SUSAN SCHNEIDER: Panpsychists claim that all of reality is infused with experience. And what they mean by that is very intriguing. They mean that the lowest level, the fundamental particles or the strings, whatever it is that's the fundamental ingredient of reality actually has the felt quality of experience in it. And the reason that we humans and other sophisticated biological systems are conscious is that we're configured in very sophisticated ways based on relations between these fundamental experiential ingredients. Now I'm critical of this. I'll tell you why. Some people would say that it's a funny view.

But I don't think it is a funny view that there's something intrinsically wrong with the position. After all, there have been religious traditions, like Buddhism, that have held this position for years. But my problem is how it meshes with today's work in fundamental physics. So right now, there is a terrible contradiction between relativity theory on the one hand and quantum mechanics on the other. There is an issue about, essentially, how to relate the big elements of reality to the fundamental small ingredients at the quantum level. And these solutions seem to preclude the idea that there would be anything like subjects of experience at the ground level. These ideas often claim that space and time are themselves emergent.

They come from relations between fundamentally non-spatial and non-temporal ingredients. But if reality's fundamental ingredients aren't spatial, I don't understand what the panpsychists mean when they claim that these little elements of reality are subjects of experience. And if time isn't fundamental, which some of these theories claim, then I certainly don't understand how there could be subjects at the fundamental level, because consciousness seems to be inherently a temporal phenomena. It causes events in the mind to happen for one thing. And when we introspect our own conscious activity, we're not static beings. We exist in time. So I think there's a fundamental mystery here.

And I think that there is a view that's like panpsychism, which would be much more friendly to that work on how to reconcile quantum mechanics and relativity theory. That work, by the way, is within an area known as quantum gravity. So I think the possible route to reconciliation here that is still friendly to what the panpsychists say is to think that there may be prototime at the fundamental level. So even if there's nothing like time, and even if there's nothing like space, it would seem friendly to the idea that there's protospace and prototime. And if that's the case, that is quite friendly to a view that's known as panprotopsychism, which is, by definition, a view that says that the fundamental ingredients as they combine give rise to conscious experience, and that those fundamental ingredients are quasimental.

So that might be one way that the panpsychist could modify her view that is more loyal to the actual work in physics right now on quantum gravity. That being said, there are a lot of different theories of quantum gravity. There's a lot of controversy in that domain. String theory, for example, is highly controversial. And string theory, of course, is not the only theory of quantum gravity. Some people claim that time is fundamental. But what I think is important is that philosophers who are making claims about panpsychism actually engage without work and think, "OK, if I'm making claims about what the fundamental ingredients of reality are, could those fundamental ingredients be anything like mental subjects? And could they be anything like experiences?" 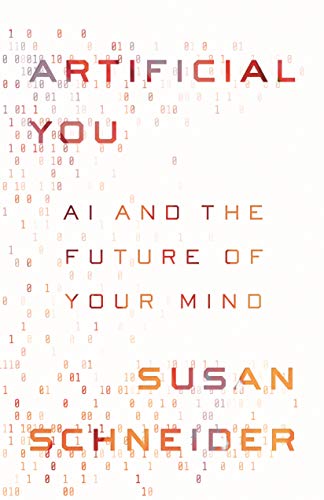 Artificial You: AI and the Future of Your Mind
List Price: $24.95
New From: $24.95 in Stock
From Your Site Articles
Related Articles Around the Web
universe consciousness physics science string theory space time susan schneider

Establishing cultural rights to protect diverse groups may not be the answer.