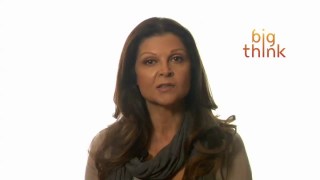 Severed Hands and Kidnappings in Kabul

The filmmaker recalls some of the most terrifying moments during the shooting of her film—including a near-kidnapping and finding a severed hand in the back of a car.

Question: What were the scariest moments during the making of your film?

Sonia Nassery Cole:  I was waiting for a banker to drop off some cash to me.  The only way you can function in Afghanistan is you have to have cash because there is no banking system there.  There is no credit card.  There is no check, so I had a big coat, lots of pockets in that coat, and every day between 100 to 200,000 I would stuff in my pockets and just pay people cash.  They were... corruption is beyond words.  It’s the second most corrupt country in the world and I think it’s well on its way to be number one after Somalia.

But, so when you see people there is no laws, rules or regulation.  You can’t go and say "Well, I just gave you 50,000."  He could come back and say: "No you didn’t."  You don’t know what to do about that.  It’s not like United States well I'm going to call my lawyer.  You just it’s gone.  That money is gone, so you just you have to feel people and you have to trust.  So I needed to make weekly payments to the staff and to the workers and crew and he told me that... I said I cannot leave the set because I was shooting, so if you could please bring me $50,000 by 6pm at this location and he said, okay, I'm coming with a black car. And I had never met him before.  He came.  I saw a black car parked in front.  I saw him and he says get in the car.  I got in the car.  He says we go around the corner and I'll pay you the money because I had to give 70,000.  I had 20,000 and I needed 50,000 and all of the sudden he kept going and going and I am getting almost out the city completely and I said where are we going and he said, “Well how much do you have?”  I said "How much do I have?”  I said: "Where is my money?  How much do you have?"  And he said, “What are you talking about?”  I said aren’t you with the bank?  Didn’t you bring me money?  Black car coming in, bringing me the money and he just laughed really like this obnoxious laugh that just chills you in the bone and I looked at him.

I said "What do you want?"  And he said, “Well I could hold you and get some money or I could kill you and get some money or if you have some money you could give it to me now depending how much you have.”  I said I have $20,000 that was in my pocket.  I handed it to him.  I showed it to him and I said: "If you take me nobody is going to give you money because I've already written letters not to release me from the Taliban if I got caught, so that’s useless, but you can have this, but you have to take me back right now." And that is how I negotiated my deal with them.

The next thing that happened was... I think it was four days after that this guy who was driving me, a security company it was we changed security companies quite often also because you know you don’t know who is involved with the security company.  You know, one of these bodyguards which we had between 80 and 70 a day one of them could be, you know, the one that has ready to kill you. So I'm sitting in my car and with one of these bodyguards.  It’s about 3:30 in the morning.  We’re going on a set 5:00 and about couple hours of [...], a little bit north of Kabul, and all of the sudden it’s dark so I'm looking for my telephone in my bag.  I am searching for it.  All of the sudden I felt something soft and I put the light of my phone on it.  There is a hand, a chopped up hand sitting right next to me.  Every hair in my body stood up.  I said oh my God.  I said to driver I said stop the car.

I said there is a hand in the other seat and he looks at me and he goes: “Oh, when I was coming to pick you up there was a suicide bombing. The windows were open. Probably some limb flew in.”  So I said "Well, get it out of the car." And he goes, “No, no I can’t stop right now. I've got to take you there and then I'll bury it somewhere.”

I still think about that.  It just...  Honestly you never think something like this could ever happen and then when it does happen and then you have to live with it and it just to see... either this was planned to scare me or if it was a fact that he was telling me in either case it showed to me how cold and callus people have become, how non-important death is. And a limb in the car is like not a big deal.  Just to him it was like "Yeah, well another one.  You know another problem that we just got to take care of." And the numbness that people have seen so much death and destruction that it just was nothing.  I don’t know which one was worse finding that or finding his reaction to it.  A lot of little and big stories like that happened.