Oliver Sacks is a psychiatrist and neurologist best known for his collections of case histories from the far borderlands of neurological experience, The Man Who Mistook His Wife for a[…]
Go to Profile 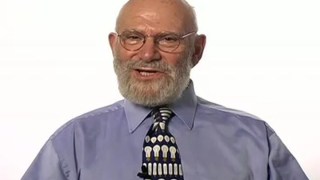 Oliver Sacks on Medicine and Humanism

Looking at the individual behind the disorder with Oliver Sacks.

Question: What is the relationship between medicine and humanism?Oliver Sacks: When I was a medical student, 50 years ago, one of my professors once said to me, “Sacks, we’ve had a patient in who’s delirious. Go see the delirium in Room 6.”

He didn’t tell me anything about the human being who was delirious. It was “the delirium” in Room 6. This is partly how doctors speak. Or they say, the appendix in Room 8.

And this turned out to be a very intelligent and delightful old tea planter who spent much of his time in the Far East, and in his delirium, I listened to him for hours in his delirium. And basically an entire life, the events of a life, his journeys, his loves, his passions, his ambitions.  Everything was somehow mixed up in his delirium.

And I realized that, in a way, he was presenting an entire life in this sort of strange, confused, incoherent terms. And I started to listen, and after a while, I started to join in and make some comments. It was actually almost like someone being privy to a dream.

But this made me feel very strongly that this wasn’t just a delirium, this was a particular human being who was delirious, and one had to address him.

And so, the particular human being has always, always been central for me. It’s not enough to say that’s a migraine, that’s Parkinsonism. You have to say what is life like for this particular person with migraine or Parkinsonism or whatever. How do they experience it? How do they respond?

The human element and talking about life with something, it certainly needs to be in the central part of medicine. I think it used to be in, and then sometimes, this sort of mass medicine and quick diagnosis, and even with things like brain imaging, I think there’s a tendency sometimes just to give a diagnosis and forget it. But certainly that people have to live with things.

Oliver Sacks on Humans and Myth-making