Nicholas Negroponte is the co-founder (with Jerome B. Wiesner) of the MIT Media Lab (1985), which he directed for its first 20 years. A graduate of MIT, Negroponte was a[…]
Go to Profile 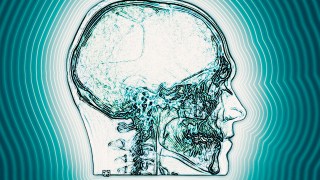 Nicholas Negroponte: Nanobots in Your Brain Could Be the Future of Learning

The founder of MIT's Media Lab imagines a future in which information and knowledge can be delivered to the brain through the bloodstream.
▸
3 min
—
with
Nicholas Negroponte

Nicholas Negroponte doesn’t like to make predictions about the future; he prefers extrapolations based on research. But if pushed to make a guess about future innovation,Negroponte says that biotechnology will be like digital was 20 years ago. In this clip, he imagines a future in which information and knowledge can be delivered to the brain via tiny robots in your bloodstream.

Nicholas Negroponte: I gave a talk at the first TED in 1984 that was two hours long and it had five predictions in it that more or less all came true. And people called them predictions but they really weren’t predictions. They were extrapolations. The reason I talked for two hours is not because I was Fidel Castro and I was giving a rally. It’s because I had 15 years of research stored up and was about to open the media lab and it was real easy to talk about what we were gonna do and some of it even seemed old hat even though in retrospect people thought, oh, this is amazingly predictive.  30 years later, they say make a prediction as if I had made predictions the first time which I hadn’t. So this year I actually did make a prediction and it is in the prediction category in the sense that it’s not an extrapolation of work I’ve been doing for 15 years. But it’s part of work that some of my colleagues have started at the media lab which is really looking at the brain.  Not just mapping the brain but how do you interact with the brain pretty directly. And almost everybody who’s done that has done it from the outside, you know, with sticking pins and needles or, you know, EEG or MEG or other ways. And the key to my prediction is the best way to interact with the brain is from the inside, from the bloodstream.

Because if you inject tiny robots into the bloodstream they can get very close to all the cells and nerves and things in your brain, really close. So if you want to input information or read information, you do it through the bloodstream. So by extension – and this is, you know, why it’s a prediction because it’s by extension, you could in theory load Shakespeare into your bloodstream and as the little robots get to the various parts of the brain they deposit little pieces of Shakespeare or little pieces of French if you want to learn how to speak French. So in theory you can ingest information and that was my prediction. I won’t be around to see whether it’s true but, you know, like many of these predictions it doesn’t have to be true as long as it gets people thinking. And there are people thinking about this and looking at it quite seriously. And I think it’s an area in sort of synthetic biology and sort of the interface between biology and silicon that is really what the future’s about. The digital world today is like plastics were 25 years ago. It’s an important field but kind of over. Digital world is like plastics and the biotech world is the next phase.

Directed/Produced by Jonathan Fowler and Dillon Fitton
Up Next

Dan Harris on the Value of “Purposeful Pauses”