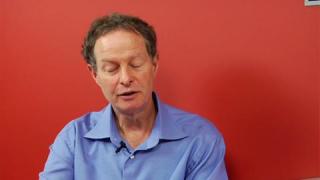 The economic downturn meant there was a greater need to differentiate from competitors—and to create more value for customers who were looking to spend less.

Justin Fox: 2008, 2009 when a lot of people didn’t think they were moving forward. How did Whole Foods handle that?

John Mackey:  That was a great example of how the spiral works and because that was definitely a downturn for... the biggest downturn of probably my lifetime, certainly since we founded the company. And we did take, in a sense, a couple steps backward.  What we did though was we allowed that downturn to see it as an opportunity to refocus on how we can create more value for our customers and we did it in two different ways.  One was we really began to look at our prices more carefully.  We’re quite aware that we’re oftentimes lampooned and criticized for being too expensive and so we’ve really focused on trying to get our prices down and we think we’ve done a good job of doing that.  Part of it is just getting the... our lower priced stuff.  We have a lot of less expensive stuff in our stores, but it’s not always highlighted and so we began to highlight it and put it forward to the very first thing people would see. And then secondly, to create more quality differentiation we went back and we’ve looked at all of our different areas of our store, our meat, our seafood, prepared foods, bakery, grocery, all the different aspects of the store, and asked how can we create differentiation from our competitors, how can we create more value for our customers. Not just in terms of lower prices, but in terms of a better experience or better quality, a better product, better services, so we worked on it from both ends and as the economy has begun to improve our company has jumped out in front and we’ve been growing very rapidly again for the last few quarters.