The tech effect on mental health: Are we getting it wrong?

Expert opinions matter, especially when their knowledge is continuously refined by critical analysis.

Sarah Rose Cavanagh
Dr. Sarah Rose Cavanagh is a psychologist, professor, writer, and Associate Director for grants and research for the Center for Teaching Excellence at Assumption College. Her research focuses on affective science, specifically emotion regulation and mood and anxiety disorders. Dr. Cavanagh is the author of "Hivemind: The New Science of Tribalism In Our Divided World" and "The Spark of Learning: Energizing the College Classroom with the Science of Emotion."
18 December, 2019

SARAH ROSE CAVANAGH: Rather than look at reality and agree on one whole reality we're becoming a society where we have these different groups that believe in different realities. And that is a big part of political polarization where people don't just agree about their opinions, disagree about the opinions about a series of facts but they disagree about whether the facts are actually true. But we can also see it in conspiracy thinking where these fringe groups, or at least they used to be fringe groups on kind of the outskirts of thinking about what could be real or what is happening, paranoid thinking for instance.

Thinking about reptoids controlling our government. There have always been people who believe these sort of strange things but what social media and the internet in general has allowed to happen is for people with these beliefs to find each other and then when they're hearing back those same sorts of facts or same sorts of theories then their beliefs strengthen. One thing that is particularly alarming that's happening is what Michael Barkun calls fusion paranoia where these fringe groups who might have believed in aliens and these others that might have believed in reptoids and these others that may have believed that the JFK conspiracy are merging and that's kind of alarming to me.

Jesse Walker wrote a wonderful book, The United States of Paranoia, in which he classifies the various types of paranoid thinking that have occurred in our country right since our very founding. He classifies them into four different types. Enemies outside, enemies within, enemies above and enemies below. All of them involve fear. All of them involve belief in conspiracy style thinking but they vary in their sources. So the enemies above are those that have more power than us and they're trying to control our lives. So pharmaceuticals, creating vaccines just to make money rather than to help people is an example of the enemies above. Enemy below tends to be people who have less power, who we have oppressed or who don't have a lot of power kind of rising up and overthrowing things. Outside is immigration, people who are unlike us that might come and infiltrate us. Enemies within are people like secret communists or witches during the Salem witch trial. People who look like us, seem to be embedded in our society but actually are plotting against us.

I think that fear is an incredibly dangerous emotion. I think that it causes us to narrow our thinking. I think it causes us to shutdown options and there are a lot of threats in the world but I think what we need to face those threats are open, creative, playful thinking. When we think as a hivemind, when we think collectively and we do so in a fearful sense then that shuts down a lot of our thinking. 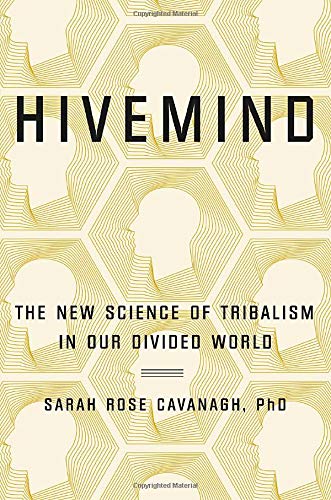