Dr. Mehmet C. Oz, MD is vice-chair and professor of surgery at Columbia University. He directs the Cardiovascular Institute and Complementary Medicine Program at NewYork-Presbyterian Hospital. His research interests include[…]
Go to Profile 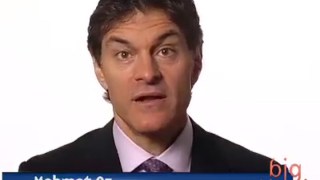 Mehmet Oz and the Founding of HealthCorps

How Mehmet Oz is solving the problem of healthcare education.

Mehmet Oz and the Founding of HealthCorps

Mehmet Oz: About five years ago, I got called to the Emergency Room to see a patient who had blocked his all major arteries of the heart. Not an unusual event, unfortunately in this country, we do a couple hundred thousand of this coronary artery bypass grafting operations a year. But when I went down to the room, I opened the curtain and I was looking at a 25-year-old Latina woman. And I was shocked and I realized that this whole time that I thought we’re improving healthcare in America by bringing up better ways doing bypass surgery on people, we’re missing the boat, because if a 25 year old is having a disease of a 60 year old, we’re [abdicating] our responsibility to make a difference in the health of the youth of America. And so, I created HealthCorps, which is an organization just like the PeaceCorps. In fact, thanks to the PeaceCorps, we have found many of the same tricks they used this for success. For example, we take young college graduates who’ve got all that vital energy and enthusiasm, and we put them, instead of Sub-Sahara Africa and [IB], we put them in high schools around the country to teach kids only a few years younger than them about their bodies. They make it edgy. They make it hip and it’s cool to learn about your body from someone only a couple years older than you. And by… with these kinds of mentorship programs, we can take volunteers, put them in schools and teach a lot of kids and we make them into activists, because at the end of the day, it’s not just about what you eat and how you exercise, it’s about [make to resilience], how to get tough enough to deal with the modern world and HealthCorps seeks to get these kids tough enough to go out and change, the foods that are available in their environments. They get them to go home and audit their refrigerator, they get them to make a difference, and that’s I hope my legacy, that we train a generation of folks who will [appreciate] how special the most valuable thing they’ve ever given their bodies really are.

Mehmet Oz on Division of Responsibility