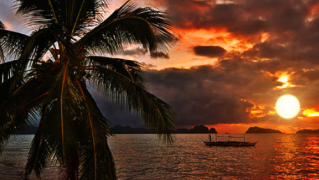 We can learn to compare each dollar we spend to a trip to the Bahamas or a latte, and weigh its value accordingly

Question: How can we teach ourselves to avoid that big spending mistake?

Dan Ariely: So, there are lots of psychological problems with money. Money is a wonderful invention. It lets us save, it lets us specialize, right? I couldn't be a professor if there wasn't any money. Every day I would have to raise chicken and bread and broccoli and go ahead and spend all my time trading. So, money is a wonderful mechanism.

Money is also very difficult to think about. So, we think about money as the opportunity cost of money. So, we at some point went to a Toyota dealership and we asked people, what will you not be able to do in the future if you bought this Toyota? Now, you would expect people to have an answer. But people were kind of shocked by the question. They never thought about it before. So, the most we got was people said, "Well, if I can't buy this Toyota, if I buy this Toyota, I can't buy a Honda." So, they were making a substitution from the same product in the same time, but in reality, this is not a substitution. They are substituting something in the future. In the future, I will have to give up two weeks of vacation and 70 lattes’ and 1,700 books. I don't know what exactly the translation is but when we do consume something now, something else has to give at some point. What is this thing? What is this value of price? Very hard to think about it.

So, that's a huge psychological barrier. We're actually trying to develop an iPhone app, now that the Droid is out, we’ll do it for that as well, if we ever learn how to program on this thing. But the idea is that to make money concrete. So, you can do this app, and it's not out there, but you can do the app. And you say, "I like vacation in the Bahamas, shoes, lattes, and books." And now, when you are tempted to buy something, that thing translates in terms of the things you are interested in.

So, it says, "Hey, this particular item is like half a day in the Bahamas, two shoes, and one latte. Which one of those is better?" Now, in reality, we think that comparing everything to money is great, but the reality is that it is very hard to think about money. It is so general. It's so abstract that we don't really know what we are giving up and what we are gaining.

So, if I gave you now, $10 as a gift, how happy would you be? Would you be happy, is the marginal $10, the best use of $10 you can use? Of course not. If I have you a CD, you know exactly what you are getting and you will have a value for it. So, money has lots of problems with it.

Dan Ariely: So, you know, with money we really fool ourselves. We are our biggest enemies with money and there are some things we can do about it. Automatic deductions are a wonderful thing. But ideally, you should wait until the end of the month, you can see how much extra money you had, and you should put that in your savings account. We don't do that too well, and if we did that, we would never save. So, what we do, is we take money out of our pocket into the saving account at the beginning of the month, take it outside of our control and as a consequence, we spend less and we save more.

This is, by the way, a very good trick. When you say, "If I rely on my own decision-making at every moment I will fail many, many times. If I think once very hard and create a standard of what I want to do and create an automatic execution that will take out the money every month from my bank account, then there's a good chance I will behave better. Not because I'm making good decisions, but because it is making it for me."

So, I think automatic deductions are one, thinking about money in concrete terms. So, when you come to think about buying something, usually we compare within categories. For example, you go to a restaurant, you look at the wine list, and you never say to yourself, "My goodness, for the difference between these two bottles of wine, I could buy three gallons of milk." We just don’t think like this. We compare wine to wine and milk to milk, and beer to beer but in fact, that's how we want to think.

Now, it’s very hard to do it in an extensive way, but when you see something, you could say, what else could I get if I couldn't get this? And which one of those is giving me the greatest pleasure. Now, it's not always that we need to save more and spend less; I think the question is, are we allocating our money correctly across into different categories? Money is a great way to get happiness. Right? Lots of wonderful things you can do with money. The question is, are we really optimizing on that? So, if you think about getting lattes and getting cable. Which one of those is actually giving you a greater happiness, and if you have to cut on one of those, which one would you cut? So, I think thinking in terms of concrete terms would help us a great deal.

Topic: The pain of paying

Dan Ariely: There's another idea called the pain of paying. This was proposed by George Lowenstein and Jon Elster. And here is the idea. Imagine that I own the restaurant, and imagine that I discovered that people come and they eat 50 bites and they pay $50. And one day, I offer you a great deal. I say, "You know what? Today it will be half price." Fifty cents per bite and moreover I will only charge you for the bites you take." And you're going to sit down and you're going to eat and I'm going to sit there with your wallet and every bite you take I'm going to take 50 cents from your wallet and transfer it to my cash register.

Now, it's going to be a very efficient way to eat because you're not going to spend much money. Cheaper plus in the bites you eat. But how much fun will eating be? Not very fun, right? Why? Because it turns out that the satisfaction of eating and consuming, or enjoying and paying, actually makes things less happy.

Here's another example. Imagine you go on a cruise to Alaska and you can either pay six months in advance, or the moment you get off the ship. It's much more reasonable, economically, to pay the moment you get off the ship. But how much would you enjoy the last day of the cruise? It will be kind of miserable knowing that tomorrow you have to pay all of this money. We can think about how we reduce the pain in paying. So, for example, credit cards are wonderful mechanisms to reduce the pain of paying. If you go to a restaurant and you are paying cash, you would feel much worse than if you were paying with credit card. Why? You know the price, there's no surprise, but if you're paying cash, you feel a bit more guilt. It's a bit more difficult. It's more painful to part with your money. With a credit card, eh -- it's another time.

So, you can think about this a good or bad. If you want to spend more money in restaurants, use credit cards more than cash. If you want to spend less, use cash more than credit cards. But in general, we can think about how to use the pain of paying and how much of it do we want. And I think we have like a range. Credit cards have very little pain of paying, debit cards have a little bit more because you feel like today, at least it is coming out of your checking account, and cash has much more.

Why Talking About Money Is No Longer Taboo