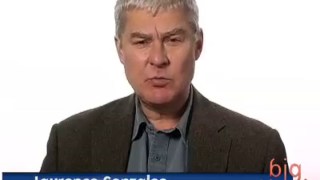 In his book, Laurence Gonzales goes from human behavior to the cosmos in an attempt to explain why smart people do stupid things.

Question: What is your book about?

Laurence:    Well “Everyday Survival” is as the subtitle says about why smart do stupid things, but it’s about much more than that as well.  It’s an attempt to change the frame through which people view their world by giving them a different view of their place in it and the effects of the things they do.  So I start small with the kind of mistakes people make in everyday life that are governed by systems in our brains that we’ve inherited over millions of years of evolution.  And I build up from there to larger and larger subject matter until I’m literally talking about the cosmos and the rules by which nature operates, which dictates some of the costs that we pay for our behavior.  And this, in turn, feeds into a discussion of such things as global warming, which is one of the costs that we pay for some of our behavior.  So the idea is to create a state of mind in which you’re viewing your world and your behavior in it a little bit differently so that your behavior begins to modify itself.  You can’t get a free lunch anymore after you read this book or at least that’s my intention.

Rebecca Miller on the Creative Life and Death