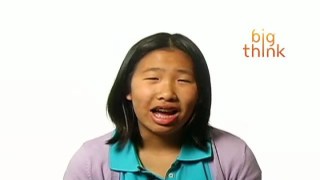 Johann Sebastian Bach to the Future

The 14-year-old pianist wants to drag classical music into the 21st century by creating an iPhone app for fans of the German composer.

Question: What is the iBach app that you want to develop for the iPhone?
rn
rnHilda Huang: So, this is of course, very unlikely because I can'trn program, but I'd like to create an iBach app where for every day of thern year, the user can just click on the app and it'll show your Bach piecern of the day. So, maybe that's an independent piece or maybe it's a rnmovement of a suite. But every day there's a new piece, because there's rnso many pieces, not just keyboard works, but there's chorales, there's rnviolin pieces, cello pieces, orchestra suites. And every day I'm going rnto attempt to put a new one and I think there's enough for I think threern years, if every day is different. And with each piece, I'd like to rnprovide a short summary of what the piece is about, of what kind of a rndance it is. Of course, that's a lot of research, so that's going to rntake a while to get together. But, that's what I'd like to do in the rnfuture and just get people to find out what the Bach piece of the day isrn and then if I can't fit the whole piece of music on the app, then maybern provide a link for them to go to YouTube and listen to it and see what rnkind of music that they're actually interested in. And I'm sure they'll rnfind something within this massive amount of works. So, in essence, it'srn going to help people explore more of Bach's music.
rn
rn Question: Why aren’t more young people into classical music?
rn
rnHilda Huang: I think classical music now has become less rnsuccessful than it was maybe 50, 100 years ago. I mean, now when we havern pop albums coming out, they're $10 an album at every store, at every rnstore you can imagine, Wal-Mart, Target, wherever you want. Everybody rncan just get access to them easily. And also the music itself is very rnaccessible. It's not as complex as what Bach and what other classical rnmusicians wrote. Certainly, there's a lot of instruments, but when you rnlook at say symphonies or the chorales or masses, there's much more rninstruments. There's maybe 100 singers and an orchestra. So I think rnpeople haven't discovered their own interest for digging deeper into rnthese kinds of music. They are just kind of interested in having rnsomething nice to hear.

Recorded on June 7, 2010
Interviewed by Paul Hoffman
Up Next

How Bach Teaches You to Multitask