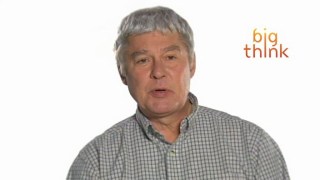 How to Survive Airline Crashes and Other Extreme Scenarios

Survival expert Laurence Gonzales explains how to increase your chances of surviving some of the most common deadly scenarios.

Question: What should you do if you’re stranded in the wilderness?

Laurence Gonzales: The first thing that you should do when you find yourself lost in the wilderness is to sit down and calm yourself.  Usually finding out that you’re lost and it comes as a revelation is very shocking and it can cause panic.  The worst thing to do is to run around trying to find your way again.  The best thing to do is sit down.  If you have some food or water, have some food and water, and then examine everything you have, look at your resources and start thinking about making a plan.  That is the single most helpful thing you can do.

Oftentimes people realized they are lost and they start running around trying to find their way and they hurt themselves.  Pretty soon they’re incapacitated and they wind up dying.

Question: How can we increase our chances of surviving airline crashes?

Laurence Gonzales: Many airline crashes are survivable and there are a number of things you can do to help make sure that you are one of the people who does survive.  First of all, you should wear closed shoes.  You shouldn’t wear open-toed shoes on airliner because you may be stepping on sharp stuff when you’re trying to get out of there.  The plane maybe on fire too, so you shouldn’t wear synthetic clothing, which will melt in exposure to heat.

Whenever I get on an airliner, I count the number of rows between me and the window exits, and I notice where the other exits are too because the first thing you’re going to do is make your way to those exits.  And the other thing is simply to bring yourself to a state of calm where you can do simple things, like open your seatbelt to get out of the seat.  It sounds like anyone would do that but in fact, accident investigators have told me that they found people dead in their seats with their seat belts on after a survivable accident that the plane had filled with smoke and they hadn’t even unbuckled their seatbelts they had been so frozen with fright.

So you need to kind of go through these things in your mind and be prepared to act if something happens.

Question: How should we prepare for and survive a terrorist bombing?

Laurence Gonzales: If you want to prepare for something like a terrorist bombing, there are certain things that you can do; there are certain things that you can’t do.  If you’re in the vicinity of a bomb that goes off, chances are, you’re not going to survive it.  But if you’re not and it simply does damage to your building, or sets it on fire, then it’s a very good idea to know exactly where you are going and to plan this before and perhaps even rehearsed it.

Whenever I travel and I’m in a hotel, I go down the stairs on purpose, avoid the elevator and go down the stairs to see where the stairs are and what it’s like to go down there.  Because if you can imagine waking up, you know, with the building in flames at 3:00 in the morning and you’re groggy and you’re frightened and you think you know where you are, but you really don’t.  It’s a good idea to let your body know where that exit is and once you practice is once or even twice, you will know.