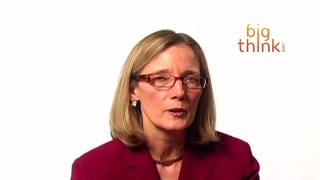 How to Die Well

If terminal patients were made more comfortable with the process they’re going through, perhaps fewer would be interested in assisted suicide.

Question: What are healthy ways of dealing with the dying rnprocess?

Patricia Bloom: What has been true to too a rngreat extent to conventional medicine—in this country, and I think in a rnlot of places—is that death is seen as the ultimate failure against rnwhich you fight with big guns all the way to the end. And we see that rnfor a lot of people that’s not appropriate. I don't know what the rnexperience was with the author's friend, but for many people, it becomesrn appropriate at a certain point that is most appropriately determined byrn that person themselves, or in conjunction with their loved ones and rnunder the advisement of the medical profession when to make the rntransition away from the aggressive interventions and go more for rnquality of life, dignity, having a peaceful death.

But I think arn really important point is that that line is different for every person.rn There was just an article on the front page of The New York Times the rnother day about a patient who was at Mt. Sinai and was one of the rnpatients of one of our palliative medicine doctors, and the patient rnherself was a palliative medicine doctor. That is what was so rninteresting. And she herself, although she had been involved in the rnfield of helping people make that transition... she herself found that rnshe had to fight, to keep fighting for herself. She continued to pursue rnaggressive therapy up pretty close to the end, and so the important rnpoint was that that was her individual decision.

And so what rnsome people might have taken away from the article was, "Well here was arn palliative medicine doctor who wasn’t doing what she preached." That rnreally wasn’t the message. It was the message that for every person, rnthey should be empowered to make the right choices based on their rnpersonal preferences. But they should... I think it’s the role of peoplern who are interested in seeing the experience of dying changed to a much,rn you know, better death. That’s a question: "Is there such a good thing rnas a good death?" And I think, yes, I have seen good deaths, and I thinkrn there can be much better deaths for a lot of people. So we have a long rnway to go, even relieving pain and suffering. We don’t do a good job of rnthat. So, this woman’s friend, she may not have had adequate treatment rnof her pain. As the medical profession, we frequently fail in that rnregard. So, we really need to improve on people’s knowledge about and rnability to relieve pain and that would change the face of dying as well.rn I think a lot of patients—and there’s great interest in assisted rnsuicide, and that’s a whole big area of discussion. But it would rnprobably be true that for a lot of patients who were interested in rnassisted suicide, maybe the point of that decision would change if they rnhad better treatment. If they were more comfortable with the process rnthat they were going through.

Working to Be Healthy