How Silicon Valley went from conservative, to anti-establishment, to liberal

Silicon Valley started as a Republican stronghold. How did it turn so liberal?

Margaret O'Mara
Margaret O’Mara is the author of "The Code: Silicon Valley and the Remaking of America." She is a professor of history at the University of Washington, where she writes and teaches about the history of U.S. politics, the growth of the high-tech economy, and the connections between the two.
14 August, 2019

MARGARET O'MARA: For a long time, the Valley was Republican leaning; it was the few people who were Democrats who felt few and far between. And I'm thinking, you know, in the '60s and the '70s, and into the '80s, into the Reagan era. The business leaders were, you know, there were like other business leaders. They tended to vote Republican. The great eminence of Silicon Valley Dave Packard, who was the co-founder of Hewlett-Packard, such an incredible influence on Valley's business culture, but also its political culture. He was a really important Republican supporter and donor. He was President Nixon's deputy secretary of defense. He was a political entrepreneur. He had this political career that he continued throughout his life.

But this starts turning in the early 1990s. And the person who really personally helps turn it is Bill Clinton, who is, you know, the Democrats had been talking admiringly about techies for a while. In the early '80s, there was a group of Democrats in Congress that talked so much about tech that Washington journalists started calling them the Atari Democrats. Because they were like, "This is the future. We need to support technological industries." It's really funny, because politicians talked a lot about tech, but tech didn't really love them back. It was interesting -- I found, again and again, these efforts during the '80s, people like Gary Hart coming out and trying to get to know Steve Jobs, and get him to sort of publicly endorse Hart's presidential run in 1984, for example. And Jobs was uninterested, you know, he never voted. In 1984, he admitted he'd never voted in his life. I hope, later, he did vote, but Silicon Valley, the younger, personal computer generation, first of all, they kind of grew up in opposition to big government and to bureaucracies, and saw Washington politics as ossified, a sign of things that were wrong, things that were corrupt. Look, this is the generation that came of age during the Vietnam War and Watergate. They were very cynical about the capacity of government and policy makers to change things for the better. They felt that what they were doing was much more important. And they didn't pay much attention to politics.

In the 1990s, this changes. Bill Clinton starts coming out to Silicon Valley even before he announces his run for president. Clinton was fascinated by technologists. He wasn't and isn't a techie himself, but he likes powerful, interesting people, and they were also people with money, who might give him campaign donations. And like other Democrats of his generation, he saw the Valley as a symbol of the new economy to come. And how could this, the innovative energy of this economy and this industry, be harnessed to bring America into the 21st century? And when Clinton picks Al Gore as his vice-presidential running mate in 1992, that really seals the deal. Gore was one of the few people in Congress in the '80s who was really deeply interested in tech. Yes, he got made fun of later for appearing to seem to say that he invented the internet, which he didn't. And he didn't really say that, either. But there was a small number of people, Gore being one of them, Newt Gingrich being another -- two people who are really consequential to 1990s politics. In the '80s, they're in Congress, and they're sitting down and talking with futurists like Alvin Toffler. They're bringing in supercomputing specialists. They're bringing in Turing Prize winners, and trying to understand how this world is evolving. And no one else was doing that. And these policymakers -- you have Gore, you have Gingrich, you also have Ed Markey, who's now senator from Massachusetts. He was in the House, then, chair of the Telecom Subcommittee -- they're paying attention. And what they're doing is really consequential in laying the groundwork for what happens in the Internet Age to come. It's kind of hidden from sight. Not a lot of people are paying attention. And it's extremely important. 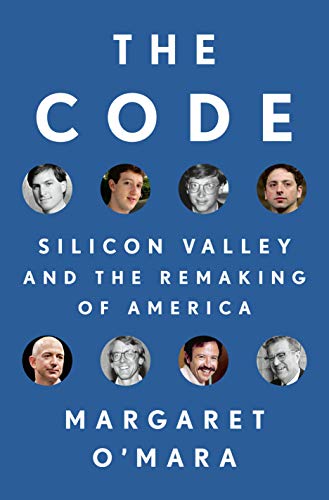 Light-emitting tattoos could indicate dehydration in athletes or health conditions in hospital patients.

Starling flocks, schools of fish, and clouds of insects all agree.

Mars had up to 20 separate ice ages, discover scientists