Charles Duhigg is a Pulitzer Prize–winning investigative reporter for The New York Times and the author of The Power of Habit. He is a winner of the National Academies of[…]
Go to Profile 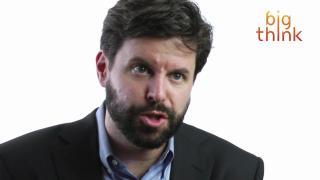 How Not to Spend Your Whole Day on Facebook

Relax, says Charles Duhigg, author of The Power of Habit. You can’t beat your Facebook addiction into submission – so schedule it into your work day.

Charles Duhigg: In all the studies of procrastination, what they’ve basically said are two things:  number one, you can’t find some work reward that’s going to take the place of procrastination.  Right?  If the reward for procrastination is that you get to spend five minutes distracted by Facebook, you have to allow yourself to do that. That has to be part of your work day.  If you need five minutes every hour to look at tweets or to just surf the internet, you need to schedule that into your schedule, allow yourself to do that.  Because when people start procrastinating, what they’ve done is, they’ve tried to ignore that urge.  They try to deny themselves time on Facebook or time surfing the web.  And then all of a sudden, it erupts and they go and they say, I’m just going to check for five minutes, and 45 minutes later, they’ve lost, you know, all of this time.  It’s because they haven’t accommodated that need.

But the other thing we also know, and this is very interesting, and this is something I actually found when writing the book.  The more you focus, the more that focus becomes a habit.  So, willpower is like a muscle, right?  It’s this muscle that you can build up, and it gets tired, but the more you exercise it, the stronger it gets.  The same is true of our ability to focus.  The more you practice focusing, the easier focusing becomes.

And so the other answer for procrastination is, don’t beat up on yourself.  Let yourself practice going longer and longer and longer without taking a five-minute break to check Facebook because after three or four weeks, after three or four months you’ll be able to sustain focus much longer, but the key is, you can’t change everything overnight.  You can’t suddenly say, I want a brand new habit tomorrow and expect it to be east and effortless.  It’s something you have to give yourself permission to take a little bit of time to practices because you’re building up neuro pathways associated with certain behavior and those neuro pathways just build up over time.  You can’t speed up that process any more than is natural.
Directed & Produced by
Jonathan Fowler and Elizabeth Rodd
Up Next

Can We Have a Day of Atonement for all the World’s Religions?