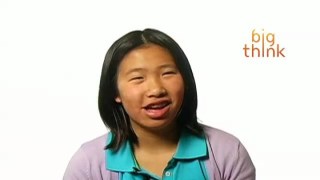 How Bach Teaches You to Multitask

Keeping track of all the different voices in a Bach piece is a fun way to improve your technique, says the 14-year-old champion pianist—but it can also affect your brain.

Question: What is your style of playing Bach?
rn
rnHilda Huang: I mean, when I play Bach, I try to make the dances arn dance and make them all really lively and light and think about how rnthey would have been played in the Baroque era. Of course now that we rnhave the piano, compared to the harpsichord or the clavichord, there's arn completely different sound, so I wouldn't try to imitate the rnharpsichord. But we still want to keep some of the essence of the rnharpsichord in it, so I like to play with some of the timings in it rnbecause on harpsichord there's no dynamics. So all you can do is with rntiming and with touch and articulation. So I like to bring some of thosern aspects onto the piano and but keep it in the Baroque style while rnhaving a piano sound.
rn
rnQuestion: How is playing Bach different from other composers?
rn
rnHilda Huang: I think one, I have a lot of friends who also play rninstruments and mainly their reason for not liking Bach is because it's rnso hard, but I like to encourage them to explore more of it because it'srn hard, so that they can discover something new within each piece and rnhopefully they can use that and take it and apply it to other composers.rn So that's also helpful.
rn
rnI think it's a good way for people to learn how to multitask, because rnyou have to deal with so many different voices at once and they all havern to be really clean. It's also just really fun to play and it helps you rnimprove your technique. There's so many running lines, I mean you have rnto practice them at first, of course, but after a while when you get thern hang of it, it's really fun to just see your hands moving all the way rnover the keyboard.
rn
rnQuestion: How long does it take to prepare a new piece?
rn
rnHilda Huang: I usually work on pieces for at least a year. I listen rnto them when I first start playing them and I listen for which ones I rnlike. So, I'll pick them up, find the music and just start working on rnthem by myself. And usually it takes me about a year or so to get some rngood practicing in to get some good understanding about the piece. And rnthen after that—of course, during that time, I work with my teacher—but rnafter that, we'll start preparing it to use maybe for performances or rnother things like that.

Recorded on June 7, 2010
Interviewed by Paul Hoffman
Up Next