Born in Brooklyn, New York, in 1953, Ken Burns is a Peabody Award-winning documentary filmmaker whose career spans over 30 years. His first film, "Brooklyn Bridge," was nominated for an Academy[…]
Go to Profile 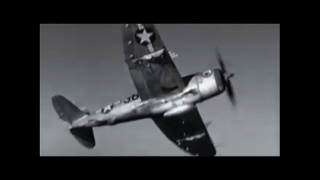 According to Ken Burns, imposing a narrative on the past keeps humans from going crazy—and is an act of love. Critics who find that view tidy and sentimental are revealing their own irrelevance.

Question: Are the anecdotes in your films just good stories, or is history itself offbeat and ironic?

Ken Burns: I actually think it’s probably in the service of good storytelling. There is a phrase that we use often when we’re writing and when we’re editing about give and take away that too often what we’ve used in our view of history or maybe another way of saying it is too often our view of history is a sanitized Madison Avenue view of things in which we’ve reduced complex human events, which was all human events into something that’s simplistic. We superimpose something that’s so easy to figure out, but it’s much more interesting to understand the undertow. It’s much more interesting to understand the darker sides of the character, the negative sides, the vices as well as the virtues and what that then does is attune your ear in storytelling to the power of contradiction, to the power or irony as you suggest and that is often a driving engine of good storytelling. It isn’t just always action, but it’s often who comes to that action and their complexity and I’ve always been drawn to that since the very, very first film and I think that’s an element of good storytelling. You know when somebody say how was your day, dear, you don’t say I backed the car slowly down the driveway missing the garbage cans at the curb, pulled into the street, drove up to the stop sign, put the blinker right and turned into traffic. You don’t say that unless you get hit by a car the second you turned into traffic. That’s storytelling.

Question: How do you respond to criticisms that you take dramatic license with history?

Ken Burns: Well you know there is no response to that. People will always do something different if left to do it. They haven’t done it. A critic hasn’t done it. There is not a statue to a critic anywhere on earth, which proves a little bit about how easy it is to criticize. The more important thing is that the universe is chaos, chaos, random chaos. There is a disinterested god, but it is chaos. Nobody is directing our misfortune or our good fortune, which belies why baseball players look up to heaven when they hit a home run. I don’t know why they don’t do that when they hit into a double play. They don’t, but they somehow think someone is watching over them when good things happen. The universe is chaos and what we human beings do to keep from going crazy because none of us get out of this alive is to superimpose narrative, complicated narrative over that. That’s storytelling, but it’s all subjective. Everything is subjective. What I will collect for a film on jazz is different than what the jazz critic thinks a film on jazz should contain. I also have to actually do it, physically make the film, not abstractly think about it, so I know for example that there is not a single viewer that will ever watch a film about jazz that’s an encyclopedia or a dictionary or the telephone book. You have to actually decide which stories you’re going to tell, which stories are signal and emblematic and tell those and only those knowing full well that there is a huge negative space of creation. It’s like this sculpture who is delivered to her studio a big block of stone and she chips away at it and on the floor is the ruble, the negative space of creation which she is more than anyone else aware of, so we don’t leave anything out. It’s just stuff has to be left out in order to tell a good story. You cannot put everything in, so then that makes you susceptible to people who think where is the guy that should be in or I wouldn’t take this or sometimes mistakes the complex emotional archeology for nostalgia and sentimentality, which it’s not. Sometimes people find the principle emotion of those higher emotions is love and love is very embarrassing and complicated word for a lot of people. They decide early on whether they deal with it or can deal with it. It’s usually reserved for the person they’re married to and their children and that’s about it, but love is actually the ingredient of the universe. It’s the quantity that makes things work and so if you deal with love as I do as the ultimate theme underlying all stories it’s a form of communication, but also of love. That can make some people pretty nervous and so I can dismissed all the time as being sentimental and nostalgic, which I’m not, but you understand why because it is so frightening to be talking about love.

How the Film Shapes the Filmmaker