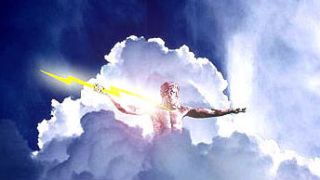 According to Paul Bloom, many religious notions arise out of innate features of our brains, including the tendency to “see consciousness all over.”

Question: Why does religious belief exist?

Paul Bloom: Most humans are religious. If you ask most people, they'll tell you they belong to one or another religion. The most common religion on earth is Christianity, but Islam is coming a close second. And then there's just all sorts of religions. They differ in many ways, both in the beliefs that they have and in their practices, but they share certain common properties. So, all religions believe in some sort of supernatural entities, preachers without bodies, but have minds, like gods and spirits and ghosts and angels. All religions believe that one or more of these supernatural created the earth and created animals and created us. And they all believe in different forms, that we can survive the death of our body, that we are immortal.

And I'm very interested in where these beliefs come from, why they exist at all. And you can imagine different extremes, so some scholars argue that they're social constructions, they're inventions of culture, and that's why they're universal. Others argue they're biological adaptations. They exist because of the selective advantage they gave to our ancestors.

I have a view which is different from both of those. I think they're accidents. I think they're accidental byproducts of cognitive systems that we've evolved for different reasons. More specifically, we've evolved a highly powerful social cognition. A highly powerful cognitive mechanism for thinking about the mental states of others and evaluating them and judging them. And I think that the system is so powerful that it sometimes leads to certain unpredicted byproducts. Things that we haven't evolved to do. So, for instance, we're highly animistic. We see consciousness and agency and humanity all over, even when, you know, a scientist would tell us it doesn't exist. We're natural creationists. In that when we see structure in the world, like a tree or a tiger, we think somebody must have made that, again, we're on the look out for design. And I think we're natural born dualists. And what I mean by that is, that we see our minds as inherently separate from our bodies. And so this makes possible idea that our mind could survive the destruction of our body, or that it could go to another body, as in reincarnation.

So, I think that these three habits of mind, animisms, creationism, dualism, are present in all of us. They're not biological adaptations, they're accidents. But I think they're what make religious belief attractive and plausible and universal.

Question: What connection, if any, exists between religion and morality?

Paul Bloom: Many people, many religious people, many people in general, think that religion plays an important role in one's moral life. The very strong view, which I think nobody can take seriously, is that without religion we'd be monsters, we wouldn't care about other people. And the existence of atheists, who don't rape and murder and so on, seems to falsify that claim. But what about a more subtle claim, which is that religion on the whole makes you nicer? Well, this isn't a crazy theory, there's actually some statistical evidence in favor of it. So, for instance, religious people in the United States tend to give more to charity than atheists, even when you factor out religious charities, even when you think about things like donating blood or giving to the homeless.

And so you might think that religion is sort of ramping up your niceness in general, but I think there's another explanation, which is that religious in the United States are part of the vast majority and they tend to be happier and they tend to be parts of communities to a greater extent than atheists. And it might be the happiness and the community nature that explains this difference in giving, not religion per se.

And the reason why I believe this to be correct, is that you have now societies in Europe, like Scandinavian countries, that are quite a bit atheist, far more than the United States, and if religion makes you nice, you would expect these societies to be monstrous, high rates of crime, of exploiting one another, and none of that's true. In fact, these are swell places to live. These atheist communities are filled with people who don't tend to murder each other, don't tend to rape each other, don't tend to have all sorts of social ills that the United States have.

So I think the relationship from religion from morality is going to be complicated and interesting. I think it won't be hard to find places where religion corrodes morality, where religious belief leads to people rejecting their gut and appropriate moral feelings and doing monstrous things. Religion is an ideology and all ideologies have that power. But for the most part, I think people can be religious and good and be atheists and good, and that's what the data shows us.

Little Ones in the Lab