We need to enact policies founded on solid research — more importantly, though, we have to stop suppressing research into hot topics.

Steven Pinker
Steven Pinker is an experimental psychologist who conducts research in visual cognition, psycholinguistics, and social relations. He grew up in Montreal and earned his BA from McGill and his PhD from Harvard. Currently Johnstone Professor of Psychology at Harvard, he has also taught at Stanford and MIT. He has won numerous prizes for his research, his teaching, and his nine books, including The Language Instinct, How the Mind Works, The Blank Slate, The Better Angels of Our Nature, The Sense of Style, and Enlightenment Now: The Case for Reason, Science, Humanism, and Progress.
30 November, 2019

STEVEN PINKER: One of the big puzzles when it comes to understanding violence is why the American rate of violence is five to ten times higher than that of other wealthy democracies. There are countries that have spectacularly high rates of violence mainly in Central America and North and South America and in Southern Africa. But it's funny to see the United States not quite up there but much higher rates of homicide than our peers in the British Commonwealth and in Europe.

Now the ready answer is well, that's because we have all those guns. And that is part of the answer but it's not the total answer. Because even if you subtract out all of the gun homicides in the United States and you just look at all the murders committed with ropes and candlesticks and knives and so on. The United States still has a higher rate of homicide.

But and we also don't know for sure whether the favorite remedy of many people on the liberal left, namely tougher gun control, would have an effect in lowering homicides given how many guns are already out there. The United States has more guns than people so restricting the sale of future guns is a small measure. Maybe it does but no one really knows for sure. And we do know that the United States itself had quite a spectacular reduction in violent crime starting in the 90s and again in the 2000s. It certainly wasn't because massive numbers of guns were taken off the streets. Quite the contrary. So there's a lot we don't know but tragically and boneheadedly the U.S. Congress passed a law that the Centers for Disease Control was not allowed to study gun violence as a public health problem. Now that is insanity. That is an example of political interference with conductive research.

In the United States gun rights are a sacred cause of the right and anything that might compromise the right of everyone to have a gun is squelched. I've talked about many of the threats to academic freedom from the campus left but the political right is far more pernicious because they actually have power. I mean academics, it's often said that academic debates are fierce because so little is at stake but when it comes to government a lot is at stake and the suppression of research on gun violence is an example of how the right is also guilty of suppressing freedom of inquiry and it's one of the reasons why we really don't' know how best to reduce gun violence in the United States. 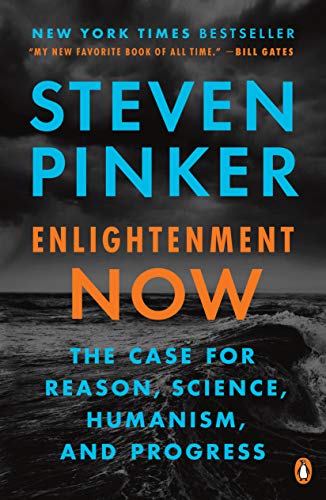