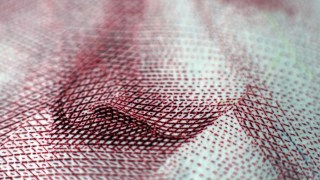 From Nose to Brain: The Neurology of Smell

What’s remarkable about the olfactory system is that from the outside world to the highest level of brain tissue there are only two synapses.

Question: Are olfactory signals processed in your brain in a similar fashion to visual or auditory signals?

Stuart Firestein: So the olfactory neurons once they bind this odor molecule and change as I say, their electrical quality, the voltage if you will, across their membrane this signal is transmitted to the brain down a long cable-like structure called an axon, which most brain cells have. It goes through a very thin bone and into a region of your brain called the olfactory bulb, a very small chunk of your brain that actually hangs under the bottom of your brain just kind of behind your eyes if you will. And there they make a connection with another set of neurons, so a connection that we call a synapse and they make a connection with another set of neurons, which then transmits the message to the next step in the brain.

So the first step, the first relay station is the olfactory bulb and from there the signal is sent mostly to an area, specialized area of cortex, of brain cortex called the piriform cortex. Now this pathway is unusual because the other senses typically from the primary tissue—the retina or the auditory, the hair cells of the auditory or the cochlea—send their signals first to a tissue in the center of the brain, an organizing region in the center of the brain called the thalamus. And there the signals are sorted and standardized and then moved out into specialized area of the cortex—the visual cortex at the back of your brain, the auditory cortex on the side of your brain—for further processing and presumably building up into a perception. I’m waving my hands a bit here because we really don’t understand so much about those processes yet, although we’re beginning to.

The olfactory system is a bit unusual in that way in that it does not go through the thalamus. At some point later in the progress of olfactory information there is an offshoot of some of the fibers that do go to thalamus, but it’s rather minor. So instead in the olfactory system you go from the sensory neurons to this olfactory bulb structure where there is a synapse with another kind of cell. It’s called a mitral cell—and those mitral cells take in information from lots of different sensory neurons and decide what is being smelled out there, because of course most of the time we don’t smell a single molecule, we smell a blend of molecules. Usually a complex blend of molecules and so pulling that all apart is at least partly the job of these mitral cells to which the olfactory sensory neurons make a connection. The mitral cells then make some decisions, if you will. They integrate information and they have an axon also, a long cable that goes to this area of the brain called the piriform cortex where they synapse, make connections with yet another cell.

In any other system you wouldn’t be anywhere yet. In the visual system you’d still be in the retina after two synapses. You wouldn’t have even gotten to the inner retina let alone to the thalamus or to the visual cortex, which is six or seven synapses away. The same thing is true of auditory system and many other sensory systems including taste by the way, the actual taste system. There are at least three, four, five synapses to get you to cortical tissue whereas the olfactory system has this very immediate access to the cortex.

The Importance of Olfaction Beyond Smell