Raj Patel has worked for the World Bank and WTO and been tear-gassed on four continents protesting against them. Writer, activist, and academic, he is currently a visiting scholar at[…]
Go to Profile 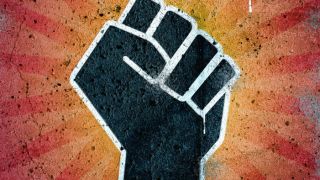 From Junior Capitalist to Social Activist

Raj Patel initially thought a global economy could combat poverty but eventually realized that the root causes of inequality need to be addressed.

Question: Where are you from?

Raj Patel: I was born in London, but I’m a mutt.  My mother was born in Kenya, my father was born in Fiji, my ancestors are from India.  And I grew up in London and spent, basically, most of my time in the basement of the convenience store that my parents ran.  [

Question: What inspired your activism?

Raj Patel: Growing up in Britain, but as part of a south Asian family was big in ways that I didn’t expect.  There was this transformative moment for me that I remember – I think I was about six years old.  My parents had taken me and my brother to India so that we would ‘know what is it to be Indian,’ and we would learn some Guarati, which is the language my parent spoke at home.  And we were at a stop light in Bombay, I think, and we were inside a taxi and it was raining.  And all of a sudden, there was this knocking sound at the window, a sort of tap, tap, tap.  And outside the window was a girl, I would imagine she was an adolescent, and in her hands was a tiny baby and the baby was crying and crying and crying.  And there was screaming outside the car and she was tapping on the window asking for money.  And soon there was screaming inside the car because I was howling.  I wanted it to stop.  I wanted my parents to give her some money.  And then as we drove away from the lights, I kept on howling.  And I wanted to know why that was?  Why was she on the outside of the car and why were we on the inside?  Why does she not have a home and we did?  How come we could afford to fly to India and she was begging at a street light?

Now, that kind of experience – I’m not trying to make myself out as anyone special, everyone has that moment.  One of the most – something you’re guaranteed to hear in any playground are howls of “that’s not fair.”  We all have that.  But for me, that moment never really left me.  I still carry that little girl around with me.

And after that happened, I went back to Britain and I started renting out my toys to my friends and their parents would give them pocket money so that they could play with whatever toy it was that I had.  And I would give that money to charity, to aid – the thing in the news then was the famine in Ethiopia, so we sent the money off to Ethiopia.  And I found myself to be a sort of junior capitalist turned philanthropist.  But there is only so much toy rental you can do before you realize actually, the problem is still there.  And being exposed to the persistent problems in India, year after year, made me realize that short-term fixes like sending overseas aid, while tremendously important, are not sufficient, and you need to get to the deeper root causes of things.

I studied in Britain and in the United States and in South Africa both looking for those answers and also learning from people who purported in some cases and who actually did, in other cases, have answers to how to address the deeper root causes of poverty.

Question: What is a common misperception about hunger?

Raj Patel: One of the things that I learned from groups around the world, particularly looking at issues of hunger, is that the root cause of hunger isn’t that there is a shortage of food.  There’s more than enough food on earth today to feed everyone 1 ½ times over.  We’ve go plenty of food on this planet.  But there reason people are going hungry is not because of a shortage of food, but because of poverty.  So, people are not sitting idly by waiting for food to fall into their laps.  There is that kind of vision, particularly when we are thinking about how to change the world.  Sometimes you’ll hear this line of “Give a man a fish and you feed him for a day, but teach a man to fish and you feed him for a lifetime.”  All of us can kind of get behind that, and think, yeah that’s pretty cool.  Yeah, teach a man fish feed him for a lifetime.  But the trouble is, think about what sort of image that rests upon.  It has at heart, the idea that you’ve given a man a fish – a couple of guys in the third world somewhere sitting next to a flowing river and their chomping down on their fish, and they’re enjoying their fish very much and they’ll look over into the river and they’ll say, “Well, what’s that?  That looks like a fish.  Well, how are we going to get it out?  Oh, I have no idea.  We’ll have to wait for the white man to come and give us another fish.”  But it’s got this, I mean this tremendously disempowering.  That’s a nuts vision of how things happen in developing countries.  Actually in developing countries people have been fishing for a very, very long time.

What the aid complex and what modern development has done for developing countries is impose a vision of how fishing should happen.  And that vision is very unsustainable and it comes from outside.  It comes from Europe, it comes from North America.  A vision that markets and free markets and modern capitalism is going to make life much, much better.  And in the process, the ways that people have been fishing, the ways that the social organization has been managed, often very sustainably, is destroyed and swept away.

Now, one of the ways that people have been fighting back is through organizing and developing their own principles – their own ways of democratically organizing and sharing resources.  And I was privileged enough to come across a number of farmers and farmers’ organizations, and landless peoples organizations that have been organizing around the principle of how to feed themselves.  And the vision that they have is a vision called “food sovereignty.”  Now food sovereignty is – the definition is very long and if you’re interested go to Wikipedia and check out food sovereignty, it’s a great definition.  But in essence, the idea of food sovereignty is that people have the ability to be able to make their own decisions about food and agriculture policy.

Now that may not sound like terribly much.  The rights to be able to make your own decisions about food policy sounds pretty vapid, it sound like it’s a right to have rights over your food system.  It doesn’t seem to contain any policy.  But in fact, it does.  The full definition of food sovereignty demands that there are things like women’s rights being respected and agrarian reforms so that there’s fair and equal land distribution.  But the actual deep idea in the idea of food sovereignty is that we need democracy in shaping our food system.  We need a way of actually everyone getting around the table and having a conversation about food and agriculture and the way that people around the world get to eat and the people around the world get to develop and realize their full potential.

Now, that turns out to be pretty radical because, as I say, the history of food policy, the history of agricultural policy in poor countries has been one where people from the outside will come in, teach people how to fish, or teach people how to grow food, or essentially destroy the sustainable agriculture that exists in developing countries and replacing it with an agriculture that, at the moment, is looking increasingly unsustainable.

And so having food sovereignty, having a democratic conversation about food is actually pretty new.  Most countries have never had a democratic conversation about food.  We haven’t in the United States, but pretty much no country has had a democratic process where people decide, how are we going to make sure that everyone at a national level gets to eat, and that we distribute food fairly, and that we have sustainable agricultural practices so that our kids will inherit a planet and an agricultural system that sustains them as much as it sustains us.

Right now we’re on the brink of basically emptying the oceans.  We’re heading towards climate change catastrophe fueled in no small part by unsustainable agriculture that will mean in a couple of generations time, there will be 9 billion people on earth and a great deal more hungry people than we have right now.  Food sovereignty is a way of democratically getting us back on to a track of sustainability.