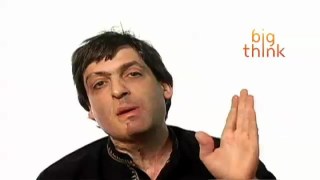 Polling random people can be “incredibly useful as a persuasive attempt to tell people what to do,” but not really as a way to find out information.


rnQuestion: What kinds of things to companies do that are irrational?
rn
Dan Ariely: One of the things that I think companies do rnto a large degree that makes very little sense, is the use of focus rngroups.  So think about what a strange idea is that we take 10 people rnwho know basically nothing about your project and you put them in the rnroom and you let them talk for a while and then you take the, whatever rnthey came up with, as a consequence of these two hours of random rnthinking and you base your strategy on it, to a large degree.  And I rndon’t want to say that focus groups are always useless and also rnuninformative, but I think that taking this data and then relying [on] rnit as extensively as companies do, I think it’s crazy in many ways.

rnAnd the reason I think companies do it is because when these people rncreate a sentence or an idea, it’s very easy to say, “Joe, focus group rn17, said this,” and it can help you create and formulate an idea around rnit.  When if you said "87% of the people said X," it just doesn’t have arn face, it doesn’t have a desire, it’s just not as concrete and rntherefore, people are not as excited about the notion.  So I think the rnfocus group is incredibly useful as a persuasive attempt to tell people rnwhat to do, but as a way to find out information, it’s not as useful as rnpeople think it is.

The other thing that really puzzles me is rnthat companies, how little they understand about how incentives really rnwork.  So the biggest expenditure for any company is salaries.  And you rnask people, "What do you know about the relationship between salaries rnand performance?"  The answer is nothing.  Right?  And the question is, rnwhy don’t they study anything?  Why don’t they study?  Why don’t they rntry different performance, different incentive level and see how it rninfluences performance.  And they often say, well, there are all kind ofrn laws and if we have, pay some people one way and some people another rnway, we might be sued.  But in the last two years, with all these rnquestions about bonuses and so on, I’ve gone to many companies and said,rn “Why don’t we at least do some surveys, why don’t we at least see how rnhappy people are in the months where they give them, you give them the rnbonus and how productive they are?”  And the answer I got 100% of the rntime is that people are really miserable in bonus season and because of rnthat, they don’t want to ask them any more questions.  And I said, “If rnpeople are miserable in bonus season, shouldn’t it mean that you should rnstudy it, understand it, and try to prevent it for next year?”  They rnsay, “Well, well, not this year, this year was really miserable, maybe rnnext year, come back to us next year.”  And if you think about it, it’s rnreally incredible.

Now, how do companies decide about rncompensation?  They look at what other companies are doing and try to rnequate compensation to what other companies are doing it, but it’s a rnplace of the blind leading the blind, right?  And then if we pay 5% rnmore, other people would start doing it, but the real question is, how rndo you pay and how do you get people to care about the work and become rnmore productive and be happier at their work?  And the answer is not rnsimply that more money is better.

More money can be part of the rnequation, but it’s also the question of how do you give that money?  Do rnyou give it as bonus, do you give it as a fixed salary, do you give it rnas part of the benefits?  Maybe you give benefits for the gym. Do you rnsend people on vacation to the Bahamas?  And it turns out that there arern ways to use money that is economically less efficient, but actually getrn people to be more motivated, care more, and actually become more rnproductive.

Recorded on June 1, 2010
Interviewed by David Hirschman
Up Next