Dr. Zuckerman is chairman of the Department of Orthopaedic Surgery at NYU Hospital for Joint Diseases and the Walter A.L. Thompson professor of orthopaedic surgery at the NYU School of[…]
Go to Profile 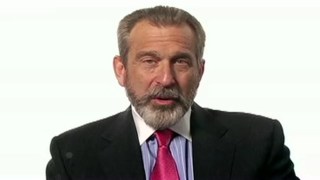 Stretching and switching up your fitness regime can be just as important as regular exercise.

Question: What are your five tips for healthy joints?

Joseph Zuckerman: Well, I think that we are an active population, and we should be, and maybe we should be more active to avoid some of the problems with obesity. But what I found is that exercise is important. I think people should exercise every day, or at least three, four, or fives times a week in some way, shape, or form. I do think that you have to aware of the affect of repetitive impact-type activities. You know, the continually running on hard surfaces. It's one thing is you are a high level athlete training to do that, but more for the recreational athletes, the people who are just trying to maintain their own health. I think you should do things like cross-train. You want to run one day, the next day use an exercise bicycle, switch to an eliptical. In other words, don't subject your joints to the same type of wear and tear, or impact activity on any one day.

Secondly, now, that's talking about the joints, but don't forget, there is a large area of soft tissues. Soft tissues refer to the non-bony parts that connect the joints and that are in the joints. So, for a knee, it's the ligaments around the joint, the anterior cruciate ligament that I mentioned before, or the menisci, the semi-circular shock absorbers in the knee. You also have to make sure that as part of any exercise program, you have to stretch, warm up, make sure these soft tissues are ready for exercise as opposed to going at it cold. So when you walk through Central Park, or anywhere else where you see people exercising, you see them pushing against trees, or with their back against the fence, they’re stretching. And there's a lot to be said for that as I think that will do something to prevent injury. I think that's critically important.

The other aspect of this is, what do you do after you exercise, right? So, you do have to have some effect of not just stopping suddenly, but you do want to cool down afterwards and make sure that you give your body a chance to recover. There's something to be said for the fact that exercise does cause some potential injury and the body needs time to recover, so you need to have some periods of rest. So, when I say exercise everyday, if you exercise different muscle groups and do different things, you give certain parts of your body a chance to recover as you exercise other parts of your body.

I think a third suggestion that I think is important, I think that all of these aerobic exercises should be combined with some anaerobic, or strength-type exercises. You know, weight lifting, things like that, to really maintain not only muscle tone, but maybe increase muscle size a little bit. I'm not talking extreme body building I'm talking about doing things to maintain that part of your muscle health as well. I think that is important.

I'm a believer also, personally, in using some anti-inflammatories in association with exercise. As I've gotten older, right, I've used over-the-counter anti-inflammatories because I think it has an anti-inflammatory effect and decreases some of the aches and pains you may develop as part of your exercise program. I think that's very important.