Does life feel too short? Get off your ass.

In 1654, Blaise Pascal wrote: "All of humanity's problems stem from man's inability to sit quietly in a room alone." That's more true today than ever.

Erling Kagge
Explorer, art collector, publisher, and author, Erling Kagge is the first person to have completed the Three Poles Challenge on foot--the North Pole, the South Pole, and the summit of Mount Everest. He has written six books on exploration, philosophy, and art collecting, and runs Kagge Forlag, a publishing company based in Oslo, where he lives.
10 May, 2019

ERLING KAGGE: I think the origin of all the problems we have in life is that we cannot sit alone in a room doing nothing. And I didn't come up with this theory. This was Blaise Pascal who wrote about it in the 1640s.

Here in the States, people, on average, they watch the telephone four hours every day, which means in the States, you probably live at around 30,000 days in your life which means that you sit watching a telephone 120,000 hours. And let's say only 80% of it is wasted, which leaves you with 96,000 hours you're actually doing mostly bullshit with your time. And then life will feel really short, because in life you need variety, you need novelty, but when you keep on doing the same thing throughout the whole day throughout your whole life, the conclusion of your life will be that it has been really short and very boring.

To me, wandering is the engine of life. And I walked really long distances. It took me actually almost 40 years before I learned the pleasure of walking short distances. But I walked, for instance, to the North Pole, with my friend, Borge Ousland, all the way to the top of Earth. And then I also walked to Mount Everest Base Camp, and eventually climbed all the way to the top of the mountain. And thirdly, I walked all the way to the South Pole in total solitude, as the first in history. I didn't have any radio contact. I didn't talk to anyone on my trek. I was absolutely left to myself. For the first couple of hours, maybe for a day or two, you have all this noise in your head. Although it's absolutely quiet around you, you're thinking. And you think about the past. You think about the future. And all this, you know, it's like noise. But then time passes by, and you slowly start not to think so much. You start much more to experience, to feel being present in the moment. And that's when it's really great to be on an expedition that somehow, the future doesn't matter. The past doesn't matter. All that matters is to be present in your own life.

I've traveled to more than 100 countries in the world and met many people in each place I have been. And my impression is that most people underestimate their own possibilities in life. Obviously, some people are overestimating their possibilities, but in general, people are underestimating their own possibilities. And things that some people tell me: 'I don't have time for silence. I'm too busy. I'm too important. It's not for me.' I don't believe it. I think they all have time for some silence. But the reason we try to avoid silence is because silence can be a bit frightening and it can be a bit uncomfortable, because silence is about getting to know ourselves, while noise, not only sounds, but all kinds of distractions and expectations and beeping and buzzing from your phone, it's about running away from yourself. It's about forgetting yourself. It's about living through other people. It's about living through apps. And consequently, not fully, but partly, it is about wasting your life. It's about missing out on this huge opportunity to live a richer life.

The first story I love about walking is the story when Adam and Eve actually walked out of paradise. And I really love that story because they left paradise and became history's first true explorers. They wanted to eat from the tree of knowledge, and as soon as they did, they just walked out. And that's what we have been doing ever since. And that's what makes life beautiful. Humans have always explored a world in a physical sense. We have been walking, we have been touching, we have been smelling, we have been seeing, we've been freezing, we have been sweating, we have been tired, we have been relieved throughout life while we have been walking. While today, for the first time in history of man, it's almost all about sitting on our asses, watching down into a screen just in front of us. And this whole idea that you can actually experience the world, get to know people, respect humanity, try to understand what's going on on the earth by looking into a screen is a huge mistake. So in that sense, we should learn from Adam and Eve. We need to just walk off into the world and try to understand and see and feel what's going on. 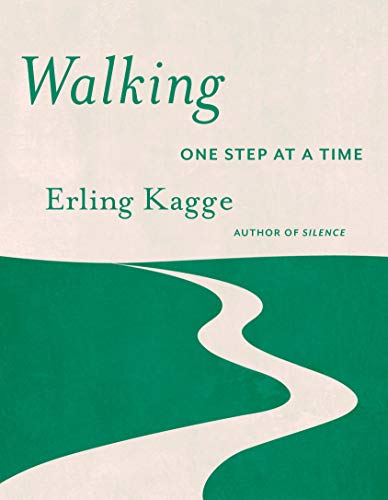