Geoff Wardle is Director of Advanced Mobility Research at Art Center College of Design in Pasadena, California. Educated first as a vehicle engineer and then as an automotive designer at the[…]
Go to Profile 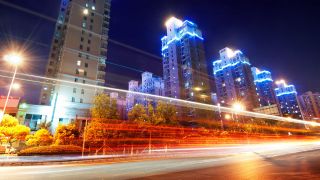 In the future, commuting to work will be rare.

Question: What will a typical city’s mobility look like in 2050?

Geoff Wardle: It’ll depend on which cities we’re talking about.  I think that we will see variations between different parts of the world and different parts of the United States.  My prognosis is that the biggest game changer in the future of cities by 2050 will be the technology at the moment, which is rapidly erupting in connectivity.

It often occurs to me that a lot of the travel that we do in our current environment is not travel that we really want to do, it’s because we work somewhere distant from where we live.  And I would like to think that in the cities in 2050; generally each area in a large city will become more community based.  So there will be a lot more options for people not to have to move around in the first place.  So rather than commute 20 or 30 miles across a big city, we’ll have the opportunity to go a lot of work, maybe not all of it, but a lot of our work quite close to where we live.  That we need to get away from the idea that we live in large dormitory areas and then we have all of our work and industry and office space in another area.  There are plenty of good examples of how you can mix the zones up and still make a very livable and enjoyable environment for people to live in. So, rather than a commute being a couple of hours out of every day, maybe a commute means just a couple of minutes.

Geoff Wardle: That’s more difficult to say.  I think if the human race is still around in 100 years, it means that we we’ve been hung very much over the edge of the cliff and we will have got good at a lot of things.  I think even maybe by 2050, I mentioned a little before; we will probably be moving goods a lot less and food.  We will need to grow a lot of the food and the goods that we consume; we need to produce that much more locally to where we live rather than divorcing it from the cities.  We need to become more integrated, and the same with work.  I think that we’ll be far more community based and I think, in 100 years, there are a lot of things that will in some ways require us to go backwards a little.  Maybe we’ll be living in smaller, but at the same time, much more desirable living spaces.  It’s so difficult to predict what technologies we’ll have available in 90 years time.  It’s difficult enough in 50 years time, so it’s really difficult to say.

So if we’ve got cities in 2100, it makes me very optimistic that we will still be around, but if we’re still around it means that we’ve figured out how to do a lot of things much better than we’re doing now.