Elon Musk is an engineer, entrepreneur and philanthropist of best known for co-founding PayPal, SpaceX and Tesla Motors. He is currently the CEO and CTO of SpaceX, CEO and Product[…]
Go to Profile 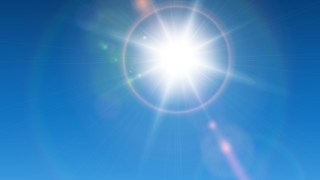 Elon Musk tends to be interested in industries that “a lot of people think are impossible or think you can’t succeed at – that’s usually where there’s opportunity.”

Elon Musk: The reason I put so much time and effort into creating Tesla was because, it’s always said to me that the transportation won’t go electric and should go electric, but we have an unpriced externality in the negative effects of gasoline and on the environment and also in the wars that we fight and national security and that kind of thing.

Whenever you have an unpriced externality you can’t quite rely on the market to do the right thing.  So in order to have electric vehicles come sooner than they otherwise would… electric vehicles were always going to be the long-term transportation mechanism, but to make that day come sooner, you have to bridge the gap with innovation.  That was the goal with Tesla is to try to serve as a catalyst to accelerate the day, the day of electric vehicles.  And I think when all is said and done, I am hopeful that historians will look back on Tesla and say that Tesla advanced that by at least 10 years, which that would be a huge victory of mine… in my mind.

SolarCity, of course, is on the energy production side of things because it doesn’t help if we have sustainable consumption of energy, but then that energy isn’t produced in a sustainable way.  I feel quite strongly that solar power will be the single largest source of electricity generation by midpoint of the century.  In fact, just a simple extrapolation of the growth of solar power would for sure, that that’s obviously going to be the case.  And also when you consider that the earth is almost entirely solar powered today and that the fact that we’re not a frozen ice ball at say 4 degrees kelvin and it’s just due to the sun.  And the whole ecosystem is powered by the sun.  There’s just an itty bitty amount of energy that we need to do complicated human things.  It’s a tiny amount of energy really compared to what the sun puts on the earth every day.  And we just need to capture a little bit of that and turn it into electricity.  So we have to try to accelerate that with innovation.  And that’s what Solar City is about.