Data spies: The dark and shady practices of Silicon Valley

This is how data harvesting really works. You're not going to like it.

Roger McNamee
Roger McNamee has been a Silicon Valley investor for 35 years. He co-founded successful funds in venture, crossover and private equity. His most recent fund, Elevation, included U2's Bono as a co-founder. He holds a B.A. from Yale University and an M.B.A. from the Tuck School of Business at Dartmouth College.
15 March, 2019

ROGER MACNAMEE: After the internet bubble burst in 2000, there was a period where the venture capital industry retrenched, and a void was left. A group of people saw an opportunity. They're now known as the PayPal Mafia. This was Peter Thiel, Elon Musk, Reid Hoffman they had two of the most brilliant insights in the history of entrepreneurship. The first was that the internet was about to make a pivot from being a web of pages to a web of people. They called it web 2.0. This is what created the basis for all of social networking. The second insight was probably even more powerful than that. It had turned out that for 50 years before that time, Silicon Valley had basically struggled with the limits of technology. You never had enough processing power, memory, storage, or bandwidth to do what the customer wanted. So every product had to address just a piece of the customer problem. The notion of making a global product, like Google or Facebook, never occurred to anyone because you never had enough resources to get it done. The PayPal Mafia realized that Moore's law and Metcalfe's law the two laws that talk about processing power and networks were about to hit crossing points, where there would be enough resources to do whatever you wanted to do. And it happened to coincide exactly with their insight about web 2.0.

They subscribed to a form of libertarianism that basically not only praised the individual, but it had this notion that you could disrupt; you could change things and not be responsible for the consequences of your actions, which was incredibly convenient if you're about to go out and create giant global enterprises. The notion that you could just knock things over and it was somebody else's problem, that allowed you to do pretty much anything. This notion of blitzscaling, eliminating friction of all kinds so you can grow as rapidly as possible to global scale. And the problem with eliminating friction is you eliminate the ability of populations to adjust to change. Things happened so quickly, there's no opportunity for evolution. And these guys went, as you saw, in a decade from nothing to global. And in 15 years, they went from nothing to global domination. But they started with this notion that the product had to be free. You had to get rid of the friction of a purchase price. So if you're going have a free product, it's got to be supported by advertising. And if you want to have advertising be valuable, people had to pay attention. They got into this notion that they would manipulate attention, first with rewards to create habits. They would give you likes. They would give you notifications to get you to come back. And they would build habits that for many people turned into addictions.

But the other thing they did was when they got you there, they appealed to the lizard brain, the low-level flight-or-fight emotions that cause people to become tribal. They appeal to outrage and fear. Why? Because when you're afraid or when you are outraged, You share the source of that fear and outrage with other people. Because if they share that with you, that emotion, you're going to feel better. And that worked really, really well. It caused people to share a lot of stuff and see lots of ads. If they'd stop there, we probably would have been OK. But they didn't.

Google had a brilliant insight in 2003. Actually, they had it earlier. They patented in 2003, this notion of behavioral prediction. What Google discovered was that the data they captured from their users that they used to improve the search engine they captured tons of data they had nothing to do with improving the search engine. But they discovered it told them a lot about what people were going to do. It gave them a way to predict behavior. Traditionally, business collected data to improve the product or a service for the person from whom they collected the data. But behavioral prediction as practiced first by Google then by Facebook and now also by Amazon and, I believe, by Microsoft, is really about taking data from one person and applying it to somebody else. So the person whose data is used gets no benefit. They could use persuasive technology to increase the probability that the prediction would be accurate, which would make it more valuable.

Let me give you an example. Let's say you're going to buy a car. You buy a car. They look at the 200 steps you take before you bought the car to see what are the things you do before you buy a car. And maybe 10 or 20 of them are about buying a car. But most of them are about other stuff. But if they compare enough people, they discover all kinds of patterns from things that don't appear to have anything to do with the car but are actually lead indicators that you're going that way. And then they take that, and they can price, they can make predictions based on where you are in those 200 steps. So if you make the first 20, that doesn't mean anything. But if you make the first 150, the probability you're going to buy a car is pretty high. If you make the first 180, if you're on that curve after 180, the odds that you're going to buy a car is really high. And 190 it's almost a certainty. So the price becomes exceptionally high. If they stop there, that would be great. But they didn't.

They used filter bubbles, which is to say their ability to nudge people by confirming preexisting beliefs. And they used recommendation engines to increase the probability that their forecasts would be accurate. So when you go in there and you see a recommendation engine, do you think to yourself, well, this thing is helping me find things I'm going to like? Maybe. But for certain, it's helping you find things that the person would like to sell you. And now we're starting to get into really problematic areas. And when you watch this business model go to its final point, they're tracking everything. So they go out there, and they buy all your credit card information. And they go and buy all your location information from the cellular carrier. And if there's health apps that they can get data from, they get that. They buy data wherever they can get it. They create this really high-resolution picture of you. But they're also tracking what you do. Maybe you've been on one of those CAPTCHA things that Google has to identify whether you're a human or not. And they show you, can you pick out the road signs? That has nothing to do with are you a human or not. That's to train Google's self-driving car. They've figured out if you're a human based on the way you move your mouse. Guess what? They're keeping a file of all your mouse movements over time. And I don't know if they can do this yet, but pretty soon they're going to be able to tell if you have a neurologic problem before you even know it. So your mouse slows down, maybe gets more shaky. Maybe you've got the beginning of Parkinson's. Now, here's the problem. If you were their customer, they would call you up and say, hey, you've got to go to hospital. But you're just the fuel for their business. The customer is going to be the insurance company that will pay them thousands of dollars to know that you have the beginnings of a neurologic problem, which would allow them either to raise your insurance rates or terminate your coverage entirely.

And I would like to think that we could have a national conversation about did we sign up for this? And the question is I want to ask is, why is it legal that there is commerce based on our personal financial transactions, credit cards, mortgages, and things like that? Why is that actually legal for people to trade in that information? Same question for geolocation data from cellular carriers or map products. Why is that legal? Why is it legal to have commerce in health data from apps and devices? It's not legal to have commerce in the stuff from hospitals or doctors. These things aren't happening because these companies are bad people. They're happening because there are no rules. Nobody told them to stop. They're really smart. It's obviously a great business. And so my basic point here is I think we should stop, have a serious conversation, figure out as a country: What are we going to do about this? 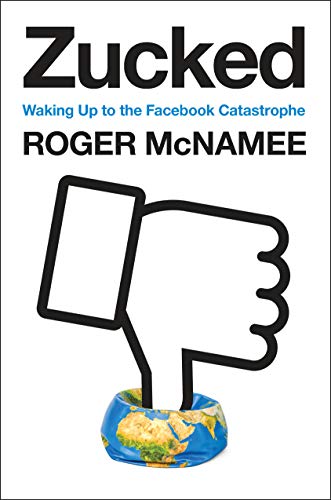