Daniel Bergner is a contributing writer for the New York Times Magazine and the author of four books of nonfiction: What Do Women Want?, The Other Side of Desire, In the Land of Magic Soldiers,[…]
Go to Profile 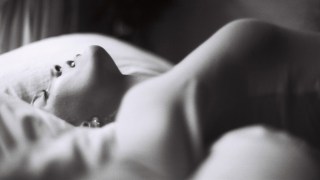 Everything we thought we knew about female sexual desire is being overturned. Following from experiments, what we think turns us on and what actually excites us are two different things.
▸
5 min
—
with
Daniel Bergner

The idea that women are less sexually desiring than men is an idea that has been ingrained in society for a fairly long time. Women aren’t expected to be turned on as often as men are, and often it’s said that it is more difficult for women to be turned on in the first place. While men have been known to wear their sexualities on their sleeves, women have been taught and trained to be more coy. According to studies by Meredith Chiver, and here discussed by Daniel Bergner, the way society thinks of women is far from accurate.

Daniel Bergner has spoken before about the societal ideas of women’s sexualities. There are many ingrained ideas of what women do want or should want, such as a safe and monogamous relationship, that makes digging into the scientific research very appealing. In experiments, however, women proved quite different from their stereotypes.

Daniel Bergner’s newest book is What Do Women Want?

While men were predictable in what got them going, women had no apparent rule set for what physically happened. They claimed to be turned on by what should do so, according to the general societal standards. According to their bodies, there was a much wider array, including a picture of two bonobos having sex, which did nothing for the men. This wide contrast between what was said and what their bodies showed caused some interest for a study, but to do anything accurately, and delve into the subject of female sexuality, the ideas of ‘should’ need to be thrown out.

Studying this idea has its own hardships- women in the studies by Meredith Chiver often play into these ideas, by telling the study they want what society might expect them to. Chiver decided to take a group of people, each identifying as straight man or woman, or gay man or woman, and show them an array of pornographic images. The men had no real hurdles for this study. Each were turned on by the expected images, and there wasn’t much deviation between physical response and what the men claimed.

The later studies done by Chiver back up this idea, that women are just as sexually interested as men, if not more. An image of just an erect penis can have an immediate response from an on looking straight woman, despite the societal idea that women take longer to get going. If anything is clear, it’s that the general opinion of women and sex isn’t often the truth.

Daniel Bergner:  Let’s talk about a particularly provocative set of experiments that Meredith Chivers has done. This is fascinating Canadian research I’ve spent so much time with. So several years ago when I first got interested in her work and I kind of stumbled into her lab. I was working on a different unrelated project at the time. When I stumbled into her lab I found her showing an array of pornography – so men with women, women with women, men alone, women alone, and even bonobos having sex to self-identified straight women, gay women, straight men, gay men. And measuring both their physical response that is vaginal or response in terms of erection for men and then their subjective response via keypad. How turned on do I say I am. And finding something fascinating which was that the male response was pretty predictable. The straight men actually did mostly just get turned on to men with women or women with women. Gay men equally predictable. The women were very unpredictable and kind of anarchic in at least their physical response.

Again there was this big dichotomy. The women were saying I’m turned on by what I “should be turned on” by straight women, by, you know, men with women or to a certain degree I suppose men with men and gay women by images of women, et cetera. But their bodies were saying something completely different and their bodies were saying they were turned on by all of it. And perhaps most strikingly you might think those bonobos having sex would at least reach something animalistic in men. No the men showed zero response subjectively or physically. But the women did show this physical response to the image of bonobos having sex. So a lot of interesting things about this, probably too many to name but one for sure is that the idea of women’s sexuality as somehow more controlled needs to be put aside if we’re going to do any serious searching about Eros in women. And too this idea that women are somehow less visual, less immediate in their sexuality than men. Again you need to put that aside if we’re going to do any serious looking at truths about women’s sexuality.

Now here’s a bit of later Chivers research that both goes along with but also pulls us in a slightly different direction than that original set of studies. So remember part of the original set of studies shows women being quite anarchic in what they’re drawn to. Chivers decides okay, let me take a set of straight women, self-declared straight women and show them just four types of photographs and see what happens. Four types of pornographic photographs. So we’ve got a flaccid – and these are kind of disembodied genital shots just so we have nothing to distract us, not a pretty face, not a handsome face, et cetera. So we’ve got a dangling flaccid penis. We’ve got an erect penis. We’ve got a kind of coy soft porn female crotch shot, legs together. And then we’ve got a legs spread more hard core shot. So the straight women do respond to all of it physically. But that erect penis sends the plethysmograph, a measure of physical response, soaring. And it’s just an indication again of rawness, immediacy and just a kind of this is about sex. Let’s be careful before we complicate it with all the factors that we eventually complicate female sexuality with. There is a core to this and we shouldn’t be so quick to look away from it.

Why Humans See More Colors than Dogs, but Fewer than Birds and Insects