For over 15 years, Michael has expertly navigated many companies through complex technology implementations. Michael co-founded Bluewolf in 2000 to help coach companies to implement software better, faster, and more[…]
Go to Profile 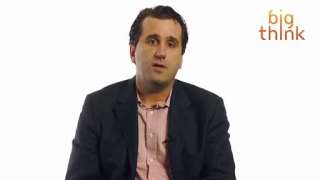 Instead of outsourcing innovation overseas we need to create a talent funnel here in the United States. If we don’t act, “we’re gonna be faced with significant challenges as a country within the technology innovation landscape if we don’t address these challenges today.”

Universities historically are terrible at helping kids that are coming out of college, understand the complexities of a modern technology landscape.  But what’s happened over the last ten or 12 years is we have a real significant technology gap, a labor gap in technology, that’s causing people to not understand where the opportunities are within technology.

If you look at the last recession we had, you know, at the peak, nine and half percent unemployment but within the technology sector we had 1 to 2 percent unemployment.  And we had companies all over the country trying to find technologist to help them take their innovation to the next level.  And they were unsuccessful.  So there's a talent gap somewhere that needs to be addressed.  And there’s really only three ways companies can do that today.  One is they can cross train their internal employees on some of these newer technologies that are coming out.  And that’s challenging because most of these folks are already at 115 percent capacity and is tough to take on new responsibilities.

So the third and best option is creating a talent funnel here in the United States to close that gap.  And it’s really incumbent upon, not the universities, but it’s incumbent upon the private sector to help create this funnel.  And what we have done and what we encourage other corporations to do is work with technology leaders and work with universities to make sure that we create this triangular relationship.  So that when students come out the university, they’re familiar with which technologies are emerging, which technologies are hot.  And we’re allowing the students to work as internships.  We’re allowing the students to do online trainings.  An we’re allowing these students to really get their hands dirty with these technologies prior to entering the workforce.

So this funnel is started at the freshman-sophomore level in college.  And by the time they get through, they actually are well versed on what’s current in the technology landscape today.  But it’s critical that every private company in America participate in this.  The talent gap could be as wide as two million people, three million, four million over 2025.  There was a study recently by McKinsey that so that.  And we’re gonna be faced with significant challenges as a country within the technology innovation landscape if we don’t address these challenges today.

Directed / Produced by
Jonathan Fowler and Elizabeth Rodd
Up Next

How to Find Success at Work: Navigating the Iron Triangle