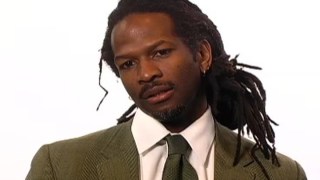 Question: How do you see drugs portrayed in the media?

Hart:    Some people get it right but often times, they get it wrong particularly when we think about drugs in which the society has a limited experience when that’s the case, when a new drug or typically these drugs aren’t new I should say when a new rather administration a new form of the drug is introduced to a society, the portrayal of that drug, that drug is often exaggerated to the extent that it’s in accurate.  That typically happens but when you think of a drug that is more common like, alcohol tends to be more accurate because many folks have experienced using alcohols so it’s difficult to be inaccurate in your description or you loose some credibility whereas when you think of a drug like methamphetamine for example that’s a current sort of new form of Amphetamines that people have talked quite a bit about in the general public that recently6, when y6ou think of that drug, the portrayal of the effects of that drugs has been so exaggerated that they are often inaccurate.

Question: What about in The Wire?

Hart:    When you associate drugs with a specific group, you may be doing it for a purpose but clearly you are limiting the scope of the users or the example that you gave regarding The Wire and I think the primary drug that they talked about on the Wire is cocaine but of course, cocaine use is broad well in terms of the demographics of cocaine use in the United States, mini groups use cocaine not just poor impoverish people.  There are folks here in New York on Wall Street as we have heard use cocaine.  There are other places where people in Hollywood use cocaine.  So to folks is exclusively on this narrows sort of subset of user is limiting of course.

Question: Is there a drug potency that is underplayed?

Hart:    Nicotine, a couple of milligrams is enough to kill you, if it’s just pure nicotine.  So that’s really dangerous but people still figured out how to use the drug safely and so when we talked about dangers we have to, we have to be clear about what we’re talking about so when we think about dangerous, alcohol withdrawal.  People can die from alcohol withdrawal.  If folks have been abusing alcohol for extended period of time then they go to withdrawal they could actually die but in the movies we often times see heroin withdrawal being portrayed as excruciating, agonizing pain people don’t die from heroin withdrawal so in terms of danger you can see that alcohol is potentially fatal.  That’s dangerous.  Now, there are if you take for example high, high doses of amphetamines, we know from laboratory animal studies that you can potentially cause some neural toxicity, that is kill brain cells.  We’ve seen that sort of thing but people don’t typically do those kinds of doses but we’re talking just danger.