Juliet Schor is a professor of sociology at Boston College.  Her research over the past decade has been focused on issues pertaining to trends in work and leisure, consumerism, the[…]
Go to Profile 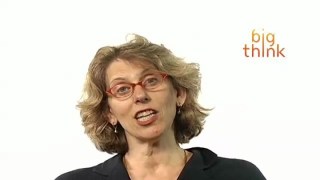 If people are able to work fewer hours in the labor market, it means they can take that freed up time and begin meeting their needs in new ways that can, in turn, reduce their dependentce on that market.

Question: How can we address the current problem of highrn unemployment?
rn
Juliet Schor: We’ve got 26 million people who are rnunemployed, underemployed, marginally attached in the labor force.  We’drn have to be generating half a million jobs a month for almost two years rnjust to get back to where we were before the crash.  That’s a level of rnjob creation that is absolutely unrealistic and the current discourse rnabout how to get there is woefully inadequate.

rnThe current discourse is saying, number one, cut the deficit, which willrn further undermine demand and job growth. Plus its view is, "Well, let’srn just try and get the economy growing and the jobs will some how tricklern down to the people who need them."  That’s not the way mass rnunemployment, which is what we’ve got today has ever been solved. And torn add to that, there’s a dimension of this that hasn’t been recognized inrn the conversation that this country is having, which is that we have rncreated a powerful barrier to job creation in the way we’ve structured rnhours of work.  For about 75, almost 100 years, beginning in the late rn19th century, the country took a significant portion of its economic rnprogress, of its productivity in the form of shorter hours of work.  So,rn it grew, it had increasing income, but also workers got shorter rnschedules.  We got Saturdays off, we got eventually moved down to rnsomething like an eight-hour workday, the concept of a 40-hour work rnweek.  Now that’s a completely normal thing to happen and all of the rnwealthy countries went on this path.

We would never have been rnable to reabsorb all of the labor that gets displaced in the ordinary rnoperation of the capitalist economy if we hadn’t done that because rnproductivity growth is always generating reduced demand for labor, we rnhave industrial restructuring that’s going on all the time.  Some rnproducts get popular; others decline, so we’ve got to have a way of rnreabsorbing the people who are laid off in the normal course of the rnmarket economy.  If you don’t have reductions in hours, it’s almost rnimpossible to keep your population fully employed.

Which means rnthat when we try to create a job in this country, we’ve got to generate rnsomewhere between sort of 10% and 20% more revenue in sales for every rnjob than European countries have to.  So, it’s a real barrier to job rncreation.  If we had shorter hours of work, if we were able to take rnproductivity growth, overtime in the form of shorter hours, we could rnre-employ those 26 million under- and unemployed people much more rnrapidly.

rnQuestion: What would be some of the benefits of this newfound time?
rn
rnJuliet Schor: For individuals who want to really secure their rneconomic futures, I think where the most important principles going rnforward is going to be diversification.  Diversification of your income rnsources of how you meet your daily needs, and diversification in terms rnof where you invest.  And this gets us back to that principle of what isrn wealth, and a broader notion of wealth which includes wealth in the rnplanet, it includes money wealth, of course, but also wealth in people. rn If we invest in relationships with other people, that becomes a source rnof wealth.

rnSo this brings us back to the question of time use.  If people are able rnto work fewer hours in the labor market, it means they can take that rnfreed-up time and begin meeting needs in new ways which reduce their rnnecessity to depend on that market.  That market, which as I argue is rngoing to be less stable and less lucrative.  So, for example, in the rnbook I look at people who are involved in a variety of things called rnhigh-tech self-providing, but basically making and doing for themselves rnoutside of formal market structure.  They might be growing vegetables, rnthey might be raising chickens, they may be generating electricity on a rnsmall scale off the grid, they may have solar collectors on their roof, rnor a backyard windmill. They may be involved in sharing schemes so they rndon’t have to lay out as much money to get appliances or cars or other rnforms of transports because they may be sharing with their neighbors andrn creating economic interdependencies that are going to serve them well rnwhen times are a little bit rocky.

Recorded on June 2, 2010
Interviewed by Jessica Liebman
Up Next

Austerity in a Recession Is a Bad Idea