Steven Brams is a Professor of Politics at New York University. He graduated in 1962 from the Massachusetts Institute of Technology and received his Ph.D. in 1966 from Northwestern. His primary research[…]
Go to Profile 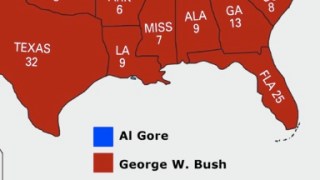 It’s an anachronism, says the NYU Politics Professor—and the state-by-state “winner take all” rules for presidential elections are even worse.

Question: What would you recommend doing about the Electoral College?

Steven Brams: Abolishing it, in a word. I think it’s an anachronism. It was designed so that the masses, we’re going back to the 1800’s, actually 1700’s, would not be able to directly influence the outcome of the election. There would be kind of an intermediate body, the Electoral College, that would be elected and perhaps they would in deliberation would make a considered choice and thereby perhaps endorse what regular citizens chose, but perhaps not.

The real problem, however, is not the Electoral College itself, it’s winner take all. So, under the present rules, in all but two states, the winner of a state, even a plurality winner not necessarily the majority winner if there are two candidates, wins all of the electoral votes of that state. So, in a state like California with, I believe now 53 representatives, it’s electoral votes and the number it is representative of is 53 plus the two senatorial electoral votes, so that brings it up to 55, and that’s about 10% of the entire electoral vote. Which means California is very decisive. Well, in a sense, not really because California has recently been a democratic state, like New York. Texas is primarily a Republican state, so these states in effect don’t swing votes. They are almost sure things for one party or the other. But a state like Florida in 2000 or a state like Ohio in 2008, were critical to the election of Bush in both years. These were close elections in each case. So how they go very much determines the outcome and isn’t necessarily the case that these large states that can change the outcome in a close election are representative of the country as a whole. I think not. Moreover, winner take all means that you spend many more resources, even proportionately in these large, well there are various names, but essentially they are a the toss up states. And even small toss up states like New Hampshire now is pretty much a state that has gone either way. And basically ignore the states that are kind of sure things; California, New York, Texas. And I think elections, Presidential elections, would be much more exciting and bring in everybody in all the states if candidates had to seek out support everywhere. Maybe roughly in proportion to the size of the states, but there would be no toss up states that would be decisive, or everybody would be in that sense would be decisive. And what that does is distort campaigns themselves. Candidates spend the bulk of their time in these toss up states ignoring the rest of the country.

The last President to visit all 50 states was Richard Nixon in 1960 in his campaign against John Kennedy. He pledged that he would visit all 50 states and despite injuring himself and sidelining his campaign for 10 days in September of 1960, he kept his pledge. So, he spent basically the last 36 hours of his campaign on planes to Hawaii and Alaska to fulfill his pledge. And then he lost the election by a squeaker. And most people think if he had spent a little more time in Ohio or another key state, he would have won. Well, in 1968, Nixon abandoned that strategy and followed what is called “the Rose Garden strategy,” basically stayed in the White House, and won the election. So, since then, no candidate has visited all 50 states. Whereas, I think if we abolish the Electoral College and votes counted the same everywhere, then we’d see much more national campaigns in all the states.

Who’s the Fairest Democracy of Them All?