Jonathan Lethem is a novelist and essayist known for his genre-bending work that draws on science fiction and detective fiction. He was born in 1964 to an artist father and an[…]
Go to Profile 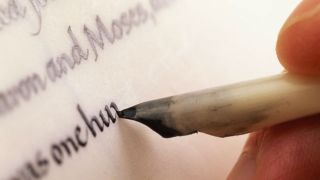 A Short History of the Novel

The history of the novel in the 20th century is, among other things, a history of an argument with cinema—a very excited, nervous argument.

Question: Are art and entertainment mutually exclusive in literature?

Jonathan Lethem:  I think there is so much anxiety about the cultural capital attached to capital-L literature and it just doesn’t actually have to do with how we got here and how I spend my days, either one of those two things.  I think most of what forms the cannon that is so nervously clung to was written in an exuberant indifference to the idea of a kind of elite, sanctified, cultural authority.  The novel for most of its life was a dubious form.  It was itself not pop culture, but entertainment.  You know 90% of the syllabus in a history of the novel course up to a very definite moment in the 20th century was written by people who are either eccentrically pleasing themselves and their friends, or were trying to be as loveable and irresistible and entertaining as Dickens and Defoe. And, you know, this idea that it’s really, really specially sacred, the practice just doesn’t... help.  It doesn’t help anything. And I think that the novel’s greatness comes precisely from its weird durable openness.  It’s constantly engulfing all sorts of other cultural matter.It’s a permeable form that draws a lot of energy from different kinds of… well from vernacular culture and also from the energy of other kinds of storytelling.  I mean I think the 20th Century history of the novel... is among other things a history of an argument with... a very excited, nervous argument with cinema.  You know oh gosh, this rival form can do so many things that the novel can do and what can we steal from it?  How can we fend it off?  How can we beat it at its own game or invent new games for the novel that the cinema couldn’t reach in to like the unreliable narration, et cetera?