Christopher Meyer is a Founder of Monitor Talent. He writes and speaks about the trends shaping business and economic developments.  Chris’ recent research and consulting have focused on the development[…]
Go to Profile 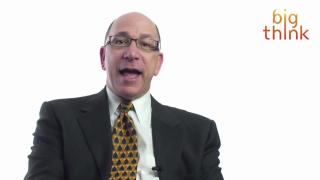 A Framework for Corporate Social Responsibility

Christopher Meyer: One of the rules of capitalism that will diminish is the slavish response to financial incentives.  So this happens at all levels.  It’s a salesman saying, “I know this isn’t what the customer needs, but it’s what’s being spiffed this month, so I make an extra commission point.”  But the sort of resignation that you’ve heard over the last 20 years since shareholder value analysis became a dominant management idea is, a CEO can’t go in some direction that doesn’t maximize immediate earnings because The Street will tell him, “That’s not the thing to do.”  I think that’s being tempered now.  And that the Apple example is an example that it may cost some profit margin to take responsibility for a company’s externalities.  But that is becoming expected.

What this does is to give you a way to think about corporate social responsibility that actually makes a lot more sense.  I think companies are confused by being asked to take responsibility for every social issue that there is, not just the health of their own workers, but you know, what does Apple have to do with breast cancer, for example?  It’s not clear that there’s a close enough relationship there to make it worthwhile, and yet every company is under pressure to respond to the social ills in the world.

What we write about is a strategy for taking responsibility, not for the society, but for the company itself.  And that can come in layers:

Take Ownership.  So, if you’re Procter and Gamble, you can trace the consumer waste created by your packaging.  You’re responsible for that.  And while you did not have to previously take on the cost of disposing of it, what P&G has said is that by 2050 they will have zero contribution to landfill from their packaging.  And they have an intermediate goal for 2020.  “We’re responsible for it.  We can do something about it,” and they have taken action on it.

For example, in the Philippines, they’ve found there was no recycling industry other than for metals and high-density plastics.  So, they put together three companies from around the world - I think one from Germany and one from Brazil - and said, “There is an opportunity in the Philippines, why don’t you start this business?”  P&G didn’t take an interest in the business; they just made the management effort to solve the problem because they were taking responsibility for this waste stream.

Take Action.  Now, a next level out is Apple and Chinese labor practices.  They can’t control what Chinese companies do, but they can have an influence on it.  So what they do we call “taking action,” it’s not quite ownership, but they can declare themselves interested, they can audit what’s happening, they can govern their own behavior in a way that could affect how Chinese companies behave.

Take An Interest.  And then the final layer, we call “taking an interest.”  An example of that would be the Shell Foundation.  So Shell is interested in the issue of cooking fuels in India and Bangladesh, which are harmful to the women who use them.  They don’t make the fuels, they don’t make the stoves, they don’t distribute them.  It’s not really in their business, but they say, cooking fuel is related to our business; we’re in the energy business.  So we do take an interest and we support NGOs that are working on this problem as opposed to NGOs working on, you know, an arbitrary cause that someone cares about.

So take ownership, take action, take an interest, is a way of rationalizing responsibility for a corporation’s actions with social benefits, which is a little more coherent than generalized corporate social responsibility.

The French Philosophy of Education