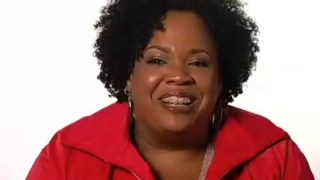 A Conversation with Lisa Price

Lisa Price, president and founder of Carol’s Daughter, a line of beauty products, discusses how to turn a hobby into a successful business.

Lisa Price: None at all. None at all. I did have a grade school teacher in 5th grade who thought that I was a genius businessperson, because whenever we had a cake sale, I sold the most.

But other than that, there was no indication that I would be an entrepreneur at all.

Lisa Price: Well, the Carol’s Daughter project really started as a hobby, and I started dabbling in fragrances, because I’ve always loved perfume. So I started to make my own fragrances. I found a place where I could buy perfume oils.

In order for a fragrance to last, you have to put it in product. You can’t just spray on a cologne or a perfume. You need lotion and shower gels, so you layer the scent and it stays with you.

So I needed to have product for my fragrances, and I started adding these fragrance oils to unscented products. And that sort of lended itself to, well, why don’t I just create my own? And I’ve always had dry skin, so I should make my own moisturizer. And I just did research through books on essential oils, and just played around with recipes, but really did it as a hobby for fun when I was off from work.

And my mother encouraged me to sell at a church flea market. And I did, and I was successful, and got a flier for another craft fair two weeks later, and did that. And thought, well, I could do this on Saturdays when I’m not working. I worked in television and film production, so your work kind of shifted, and it was summer, and there wasn’t much work going on, so I ended up spending this whole summer selling at craft fairs and flea markets.

And when I went back to work, I had people calling me that needed to get refills on their lotions and creams, so I sort of stumbled into a business.

Lisa Price: My husband makes a joke about that all the time, that I initially did this so I’d be able to stay home with my children, and now I travel like four times a month for business, and I’m not home.

So I was home when they were babies, but I’m not at home as much now.

Question: How did you turn your hobby into a business?

Lisa Price: Well, initially, well the first thing I had to do was thing of a name, and I actually got pushed into thinking of a name by someone referring me to their hair salon. They went to a hair salon, and they used to take their hair oil with them, and the people at the hair salon said, “Where do you get this hair oil?”

So they wanted me to come in and show them what I make.

I was also Robert’s daughter, and at the time, Gordon’s girlfriend.

But when I said Carol’s daughter out loud, it just sort of stuck, so that was the first thing I did was come up with a name.

And then after doing the flea market thing for awhile, and realizing that it could be more than just a hobby, then I went and got the business certificate the doing business as certificate, so I became a sole proprietorship. And I just kept doing research on it, always like kind of learning from it. It was my second job until 1996. I started in ’93, and until 1996 it was my second job. Just before I had my first son, he was born in March, I quite my full time job in February, and just started doing it full time at that point.

Question: When did you start to hire people?

Prior to that any help that I got was basically donated help someone in the neighborhood that had a couple of hours to spare, a cousin that could help me, a retired aunt people that would just come over and lend a hand, or kind of trade products for services. You know, they’d help me bottle things and then get some perfume for free or something, but I didn’t really have a staff until about 1999.

Lisa Price: Well, the most important thing that I thought about really was what can I afford? Because I was still a really small company, and I had never managed a payroll before. And my income from the business helped to support my family. It was my contribution to the household. So I really needed to know that I could afford to pay people, and I actually started hiring people through an organization at my aunt’s church. There was a woman there who was training people and transitioning them from welfare to work, people. There were a few people who had been incarcerated, nothing really serious just they had gotten bad breaks in life, and people who were survivors of domestic abuse and things like that. And they were teaching them basic job skills and how to go out on an interview.

And you got tax breaks for hiring them, and you didn’t have to pay a lot. I think at the time minimum wage was sufficient. And I got really great people from that group people that were really eager to work, very proud to go out and do something and learn something new, and not people who stayed with me forever, but who stayed with me two or three years.

And it helped me to have a staff that I could afford, and then at the same time, feel good that you’re helping somebody rebuild their life.

Lisa Price: Initially, just not knowing things. There were a lot of things that I didn’t know about accounting and legal things, and even human resources.

And having to rely on consultants was sometimes difficult. Sometimes I lucked up and would get good advice, and then other times you think you’re getting good advice, then you find out that you’re not getting good advice. But I always felt like God looks out for fools and babies, and in a lot of cases I was a fool when it came to business, and I was a bit of a baby, as well.

So sometimes I learned through a mistake, but nothing that I couldn’t overcome. I really wouldn’t go back and change anything.

Lisa Price: I had a few moments very, very early on. When everything was in my home, there was a young woman that I would correspond with who would order product, and she was in South Africa on a Peace Corps mission.

And she called me and let me know that her father was coming to visit her, and she wanted him to come by my house and pick up her order so that I didn’t have to mail it to her, and she would get it so much quicker.

So her father came to my house in Bedford-Stuyvesant, and this was about 12 years ago when there were very few; there are more non-African-Americans in the neighborhood now than there were then at that time. If there was a white person in the neighborhood, he’s a police officer, a fireman, or lost. He just wasn’t walking around.

And her father came to pick up her stuff for her, and he was about 62, 63, white gentleman that just walked from the train station with his backpack and came and picked up the products, and I just kind of thought, “This stuff is really important to this young lady to have her father make this pilgrimage”, for lack of a better term, “to Brooklyn to get this stuff for her.”

So that was one of those moments where like, wow, somebody really wants this stuff badly.

And then in 1997, Essence did an article on me, and it was like a half page thing, and it was on a page called, “People to Know.” And I was somebody that people should know, and I got a lot of response from that article. My telephone rang off the hook. My mailing list doubled in like a 10-day period. It went from 2,000 names to over 4,000 names.

And all of a sudden, I had people shopping at my home that I didn’t know by name, that just showed up because they read about it in the magazine, called and got the address.

So that was a pivotal moment a real shift in the business, lots of mail order at that point. I had to hire people to have a shipping department, because I went from shipping 17 orders in a week to shipping 30 orders in a day out of my basement, so that was foreign to me.

And then are others that come later, as the business grew, because the business was really small at that point, but those were a couple that always stick out as these shifts in what was going on.

Question: Why do you think it’s so popular?

I was just making stuff that I loved, and discovered later that there just wasn’t a market being serviced in this way. Being ahead of the curve when it comes to making your products as natural as possible, I kind of stumbled into that.

Because I was making it in the kitchen, I was limited with the ingredients that I could use. I didn’t really set out to be natural or be organic, or any of that. It was just basically, well, if I’m going to do this in the kitchen, I’ve got to be able to control everything. I’ve got to be able to understand everything. I can’t use something questionable because I don’t have the resources to test it and these are the parameters in which I have to work.

And I’m really happy that it happened that way, because now we’re in a shift where everyone is shifting, tipping to being more natural, more organic, more green, more concerned about the environment, more concerned about ingredients, and it’s nice to not have to change who we are to adapt to what’s going on. I’ve already been there and been there for 15 years. It’s fantastic.

I think a lot of people also love the story someone that started something with a $100, built it out of their home.

I feel like I’m in an approachable person. I’m proud of what I do, but I’m not haughty and you can come up to me and talk to me. So I think people initially make a connection with me and kind of make a connection with the story, ut then when they get the product, they’re like, wow, this stuff really works. There is lots of moisturizers in the product. It’s not a watered down product. Fragrance and essential oil percentages are very high because fragrance is so important to me.

So I think we just sort of like hit all of those buttons. We hit the emotional button, but there’s also an efficacy to the product that you hit, as well. So you get to tell a great story, feel good, and look good.

A Conversation with Fabrice Grinda