James Hansen is the director of NASA’s Goddard Institute for Space Studies and adjunct professor in the Department of Earth and Environmental Sciences at Columbia University. Since 1988, he has[…]
Go to Profile 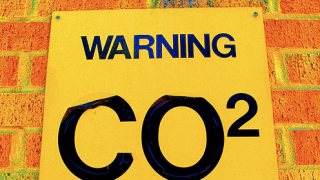 A Carbon Tax That Works

The NASA climatologist outlines the only carbon tax that can effectively curb greenhouse gas emissions—one that is being done in Vancouver, BC, and gives all the tax money back to the public.

Question: How can we wean ourselves off of coal?

James Hansen: Yeah. There's one huge step, and that is putting a price on carbon emissions. It's really that simple. If we put a gradually increasing price on carbon emissions by putting a tax at the source, at the mine or at the port of entry where the fossil fuel is imported to our country, then as that price rises, then energy efficiency, renewable energies, nuclear power -- the other forms of carbon-free energy -- can compete more effectively against the fossil fuels. But in order for the public to accept this, and in order for the public to have the money to invest in a new vehicle and insulating their home, we have to give all of this money to the public.

If we put a price on carbon equivalent to $1 a gallon of gasoline, that would generate $670 billion in one year in the United States. If you return this to the public, to legal residents of the United States, that would be $3,000 per adult legal resident. And if you give half a share to children, up to two per family, that's $9,000 per family with two or more children. So that would give the public the money to make the changes in their lifestyle that are needed to move us off of fossil fuels into a cleaner future, because right now the fossil fuels are the main source of air pollution, which is killing in the United States about 40,000 to 50,000 people per year; worldwide a much larger number than that, because the pollution is much worse in China and India than it is in the United States. So we have many reasons to want to move beyond the fossil fuel era.

Question: What is the likelihood of this actually happening?

James Hansen: It could happen very easily if our governments would move in that direction. And by the way, this has happened; it is happening now in British Columbia, Canada. They have imposed a carbon tax with the money returned to the public. They do it via a decrease in payroll taxes. I would rather see a dividend because half the people are not on a payroll; either they're retired or they're out of work. But you could use, say, half of it for a payroll tax deduction and half of it for a dividend.

What CO2 Means For You