Did the Election Change How Men and Women Negotiate?

Men have become much more aggressive with women in their negotiation style since Donald Trump became president, according to a new Game Theory based economics study. More aggressive tactics by men are leading to reduced mutual benefits and a destruction of value in negotiations. 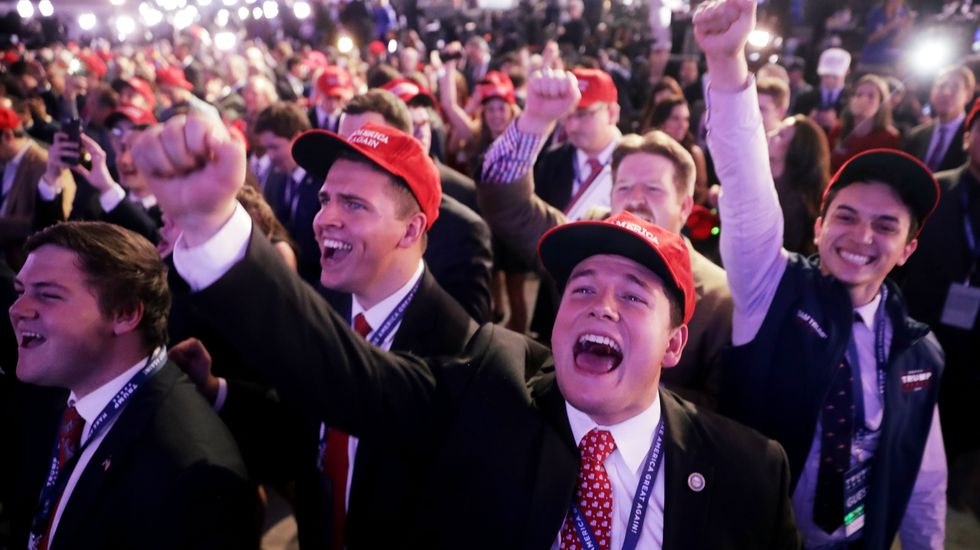 Men have become much more aggressive with women in their negotiation style since Donald Trump became president, according to a new Game Theory simulation-based study (Photo by Chip Somodevilla)

According to a study to be published in the May issue of American Economic Review, mens’ negotiation style with women has become much more aggressive since Donald Trump became president.

The authors of the study, Corrine Low and Jennie Huang from the University of Pennsylvania, used a “Battle of the Sexes” game theory simulation to gauge whether men’s negotiation styles had changed since the 2016 election.

According to the rules of the study’s “Battle of Sexes” simulation, each pair of subjects was given $20 to split. They had only two options: One person would get $15 and the other would get $5, or vice versa. If an impasse were reached, both would get $0.

In this study, pairs were randomly assigned, and weren’t necessarily male-female. The researchers informed some pairs about the genders of pair members, but withheld that information in the case of other pairs. The researchers used an online chat tool to track the communication, and used third-party observers to code the interactions as either "aggressive" or "cooperative".

Trump's election “disrupted community norms around civility and chivalry,”  according to the authors of the Game Theory simulation-based study (Photo by Mark Wallheiser/Getty Images)

The experiment's first simulation was conducted before the election (October), and researchers found that, in normal unstructured communication, men were less likely to use tough negotiation tactics when paired with female partners, and also that they were more likely to offer the higher reward of the game (the $15 payoff) to female partners.

The study found that it was in the instances where male subjects knew the gender of their female partners that there was an increase in aggressive behavior. Male partners were much more likely to force the “hard commitment” on female partners, which in the simulation would be akin to saying “Here’s the $5, take it or leave it.” By contrast, there was no significant change in the level of aggression in male-male negotiation pairs.

Post-election, individuals  were less  cooperative  in  general,  more  likely  to  use  adversarial strategies and less likely to reach an agreement (Photo by Scott Olson/Getty Images)

In fact, the study found that aggressive behavior of males towards females more than doubled after the election (a 140% increase). The authors of the study said that there has been a “profound impact” on individual behavior post-election, and that Trump’s election “disrupted community norms around civility and chivalry.”

Is such aggressive negotiation actually beneficial for men? Not in the least. In fact, the authors of the study found that the more “hardball tactics” men used were less effective. The researchers found that more pairs “mismatched” their negotiations, and this led to a “statistically significant drop” in the total money that negotiators took home in the post-election experiment. For the pairs overall, being more conciliatory would have increased the total “value” that each party would have got in the negotiations.

A question that the study highlighted for future research was whether the increased aggression of men against women in negotiations was a short-term spike, or whether it represents a more permanent shift in the negotiating approach of men.