You are not objective.

We bring all of ourselves to every moment of every day — our experiences, our beliefs, our feelings, our worries. It’s impossible to ignore all the baggage we have. Our culture and even our language also provide a lens through which we see the world. As a result, we come draped in a heavy cloak of cognitive biases and prejudices. And yet, that does not mean we shouldn’t try to discover things about the world, nor should we give up on truth. It just means we need to work harder.

Philosophy might be able to help. In the very DNA of philosophy, which goes back to the ancient Greeks, there lies a need to probe deeper and question everything. It’s no surprise, then, that along the way, philosophy has unearthed and disarmed various biases or snares of the mind.

Four barriers to the truth

Francis Bacon, to whom we owe the idea of the scientific method, simply and clearly identified four barriers to the truth, what he called “idols and false notions.” They are:

1. The idol of the tribe. We have a tendency to anthropomorphize and project our human condition onto the world. We see order in randomness, we think dogs feel things the same way as us, we see faces in clouds, we call weather “angry,” and we feel that even colors can be happy or sad. We fail to see this “false mirror” for what it is, and seeing things tinged with humanity only “distorts and discolors the nature of things by mingling [our] nature with it.”

2. The idol of the cave. Our culture, upbringing, and education define how we experience reality. We are all inclined to see the world through some book we’ve read, film we’ve seen, story we’ve been told, or “authority whom [we] esteem.” It could be that we’ve read and become so engrossed in a thinker, such as Freud or Marx, that we see everything as they would see it. “Our cave” could be why social media keeps feeding us the same kind of (often biased) information over and over again. 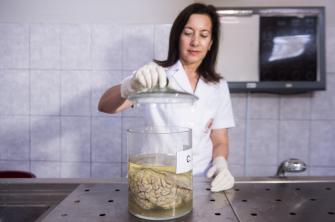 When we see things only from our perspective — e.g., as a middle class member of Western civilization — we often assume our experiences are the default for everyone else. But try going to a foreign country and asking, “What’s the greatest country in the world?” Most likely, it won’t be the country you’re from.

3. The idol of the marketplace. Words matter. They really do. While we “believe that [our] reason governs words,” it’s equally true that the words we use or hear affect how we understand something. One of the best examples is how the media frames a particular narrative (think “freedom fighter” vs. “terrorist”). Politicians are experts at using rhetoric to persuade or elicit a certain response. We are all susceptible to well framed arguments and cleverly constructed speech. As Bacon notes, “Words plainly force and overrule the understanding.”

But, this idol also highlights how inadequate and slippery words can be. We often use words we don’t understand, and we each have slightly different understandings of words. The term “genetic modification” means something different to scientists than it does to the average person.

4. The idol of the theatre. Current fads or “systems now in vogue” also influence how we see the world. Even the intelligentsia suffers from fads. Intellectual fads can include religious beliefs, social agendas, political movements, or “the spirit of the times.” The analogy of the theatre is in how we assume the particular play we’re watching is the template for the universe, yet it’s only temporary. Today, everything seems to be connected to climate change or COVID. It’s also become a fad to disregard facts in favor of “my lived experience.”

It matters less whether these fads are “true.” Instead, we should remember that they serve as yet another lens that influences our view of reality.

The solution Bacon offers comes, first, in recognizing these idols for what they are. Once we see that we have certain biases, we can take pains to rid ourselves of them. Of course, it’s impossible to be entirely free of prejudice. (How can we, for instance, stop being human and understand what it’s truly like to be a fruitfly?) But it is possible to minimize biases and try to overcome them in some way.

Second, we ought to be careful to hold only “ideas and axioms by true induction… [and] common logic.” We might not be able to adopt an objective “view from nowhere” or eliminate all cognitive biases, but logic and rationality might be the best possible way to achieve it.

In short, to overcome the barriers to truth, look to philosophy, logic, and science to test everything. By casting down the idols of the mind, we can try to see as clearly as possible.

The infamous misogynist had some profound insights on romance.
Neuropsych

What’s occurring in your brain as you read this sentence?

To enable us to read, the brain piggybacks on other cognitive processes.
Up Next
The Present

Learn microprocessor and microcontroller programming with this beginner’s course

Don't be intimidated: there's an easy way to get started.