Finding New Year’s resolutions isn’t always easy. To help you out, we’ve gotten ideas from some of the greatest thinkers of all time.

“Above all, do not lose your desire to walk. Everyday, I walk myself into a state of well-being & walk away from every illness. I have walked myself into my best thoughts, and I know of no thought so burdensome that one cannot walk away from it. But by sitting still, & the more one sits still, the closer one comes to feeling ill. Thus if one just keeps on walking, everything will be all right.”

Kierkegaard, whose angst would cripple even the most dramatic teenager, often found refuge from the anxiety of existence in walks. Failing that, he tried to explain the difficulty of his life in his writings. He had a lot to say about angst, anxiety, God, death, and coming to terms with freedom.

“I have laboured carefully, not to mock, lament, or execrate human actions, but to understand them; and, to this end, I have looked upon passions, such as love, hatred, anger, envy, ambition, pity, and the other perturbations of the mind, not in the light of vices of human nature, but as properties, just as pertinent to it, as are heat, cold, storm, thunder, and the like to the nature of the atmosphere, which phenomena, though inconvenient, are yet necessary, and have fixed causes, by means of which we endeavor to understand their nature, and the mind has just as much pleasure in viewing them aright, as in knowing such things as flatter the senses.”

Spinoza, whose philosophy is fascinating, saw the universe as deterministic. Every action, therefore, had an immediate cause that could be discovered. If you can find out what made a person angry, violent, pitiful, or depressed, it becomes easier to understand their actions and simpler to forgive their faults. Coming to terms with the idea that everyone has lots to deal with, things that might make them unpleasant for a while, can make us all a little more understanding.

The best, like water, benefit all and do not compete.

They dwell in lowly spots that everyone else scorns.

Putting others before themselves, they find themselves in the foremost place and come very near to the Tao.

In their dwelling, they love the earth; in their heart, they love what is deep.

In personal relationships, they love kindness.

In personal affairs, they love what is right. In action, they love choosing the right time.

It is because they do not compete with others that they are beyond the reproach of the world.

The Tao, also known as the Way, is often compared to water. Generous, soft and flowing, pure, regenerating, and often cyclical; to be like water is to embrace the Way. Water’s weaknesses, the fact it is soft and gentle, make it more powerful; it can flow anywhere and even wear down stone. A better example of the harmony of opposites is hard to find. 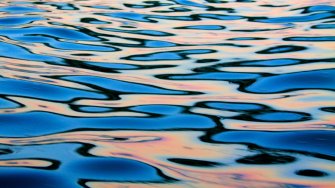 4. Examine your life and beliefs regularly.

“The unexamined life is not worth living.”

The gadfly of Athens made it his job to examine every belief, no matter how widely held, and determine if it was true or not. Often, he would ask people to define a virtue, such as courage, only to find that the people who valued it most had no idea what it was. It is only by examining our lives that we can hope to improve them.

5. Read a new book each month.

“The Brahmins had no cattle, no gold, no wealth. They had study as their wealth and grain.”

The Brahmins were the teachers and holy men of ancient India, and continue as a caste to this day. In theory, they were the highest social class. Rather than focus on money and worldly affairs, they valued learning and knowledge. The Buddha reminds us that these respected men were men of the mind and encouraged us to follow their example.

6. Spend more time with your friends.

The best friend is he that, when he wishes a person’s good, wishes it for that person’s own sake.”

Aristotle thought friendship was vital to living a good life, but not just any friends would do. He had a three-part system for understanding friendship. The most genuine friendships, the ones that everyone should strive for, are the ones where two people value each other as people and not as a means to an end. 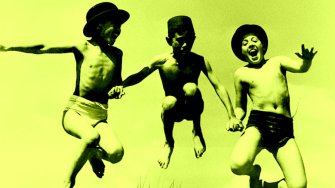 “Become who you are!”

Nietzsche, who has other excellent one-line ideas, was the king of individuality. There was nothing worse for Nietzsche than for a person to join the herd of people who just followed along. While he was a determinist, he still argued that we should embrace our lives and whatever comes at us.

8. Strive for excellence every day.

“We are what we repeatedly do. Excellence, then, is not an act, but a habit”

Aristotle viewed virtues as skills, ones that we would strive to perfect over our lifetimes. To be virtuous was to embody an excellence in a particular area such as courage, temperance, or friendship. Doing it once or twice wasn’t enough, you had to make a habit of it to truly embody the virtue.

“One cannot step twice in the same river twice,”

Heraclitus was a pre-Socratic Greek philosopher who argued that everything was always changing. Not only does this mean that the river changes, but you do as well. Rather than trying to latch onto things that cannot last, we should embrace the notion that everything will soon pass.

“Change your life today. Don’t gamble on the future, act now, without delay.”

Existentialism shows us how we are all responsible for what we are and will become. Waiting for your life to change is an option, but one that denies your ability to shape yourself into what you desire to be. Seize the day!

Reductionism is a successful way to explain the universe, but it cannot replace experience. This is part of the mystery of life.
Thinking

Love him or hate, Karl Marx redefined geopolitics and shook up the world order.
Up Next
Culture & Religion

How Does Money Affect Happiness?

New research from the American Psychological Association states that money doesn't affect if you're happy, but does influence how you find happiness.