Sniffing Out A Thousand Dimensions of Smell

Understanding the human ability to distinguish different odors may open the door to new ways of thinking about how the brain processes information and how we learn. 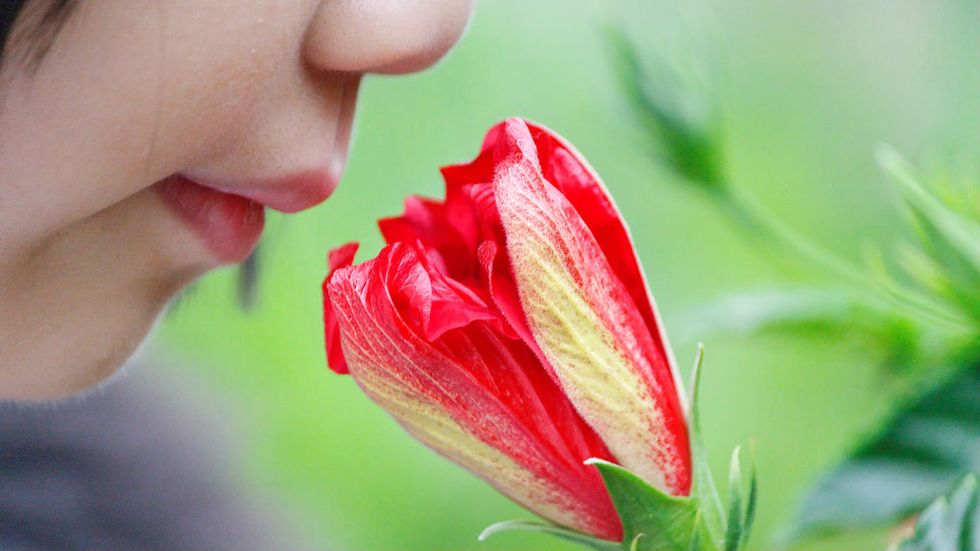 Our senses are drawn to areas of high information. That means points of transition, transformation, the edges of things, and lots and lots of bright colors. Most science consists of measurements taken from these observations such as the wavelengths of sound and light, timbre, texture and taste.

And yet, until now, science has been unable to clearly define the edges of certain phenomena which Thomas Cleland, Assistant Professor of Psychology at Cornell University, calls “arbitrary sensory systems,” systems whose boundaries cannot be easily quantified – such as the sense of smell.

As it turns out, in the process of attempting to describe how the olfactory bulb operates, Cleland may have stumbled upon more than a way to delineate the edges of smell, but to open up other areas of high information within the human mind itself, the edges between certain concepts.

Why is it groundbreaking?

The way we perceive the world is largely based on how successfully we distinguish one thing from another. The image of a cobalt blue coffee mug, for instance, might seem to spin off into infinity, indistinguishable from the image of the walnut table on which it sits. The sound of an approaching car would blend into the whirling of wind in leaves if auditory systems couldn’t detect subtle differences in the sound's pitch and timbre. Touch easily distinguishes one thing from another, even down to such subtle differences as the direction of grain in a recently cut piece of wood. And yet, models describing the sense of smell remain evasive.

“Think about an odor in a nice clean background. Even then the odor has variability. The stimulus is never the same twice,” says Cleland. He uses the various strains, cultivars and degrees of ripeness that might affect the scent of an orange to demonstrate the complexity of such a sensation, and the difficulty in quantifying it precisely.

Even in Cleland’s “clean background” the human olfactory bulb relies on thousands of receptors, each of which varies independently. He speaks of “perceptual space,” defined for the sense of smell by a dimension for each receptor. He says, “So in this 1000 dimensional space there is a range of possible sets of ratios that means that [particular] odor.” And it is the olfactory bulb that must “learn these complex combinations of features that make odors different from each other.”

After multiple percepts of an odor “You learn to draw the border between orange and tangerine or orange and lemon, dynamically, using your own nose and your own experience,” says Cleland.

Cleland believes the models he is developing to describe the sense of smell might have applications to describe all things that are similarly similar. These are things, he says, “that have similarity, but not in a measurable sensory space. These are things like retrieval-induced forgetting, where if you have to learn two things that are too similar to each other, conceptually, they get in the way of each other more than two things that are different.” In much the same way that “if you learn about one odor it will effect most other odors too, it will disrupt previously learned things.”

Cleland calls such similarly similar phenomena--phenomena that are not similar in a measurable sensory space--“arbitrary sensory systems.”  He describes the findings as both “cool” and “beautiful” and is proud at the apparent similarity between his work with the olfactory bulb, and the way that humans learn.

Why should you care?

If the models Cleland is developing for smell hold up to scrutiny they will have successfully described what up until now has been considered in only the most abstract terms. If the models prove analogous to other arbitrary sensory systems it would open the door to new ways of understanding the way our brains process more than just smell, but learns in general.

Cleland says his work is an attempt at taking the “grand concepts that people like [Dr. Gary] Aston-Jones are describing in large memory systems” and boil them down to the “smaller neuronetwork of the olfactory bulb.” Read one of Aston-Jones’ grand concepts here.

What else can smell teach us? (Click and sniff here)

See what Cleland has to say about the smell of female tears at NPR.