President Obama Joins the "It Gets Better Project"

The online video series, created by sex columnist Dan Savage and his husband Terry in response to recent LGBT teen suicides, has reached the White House. Savage talks to Big Think about its success. 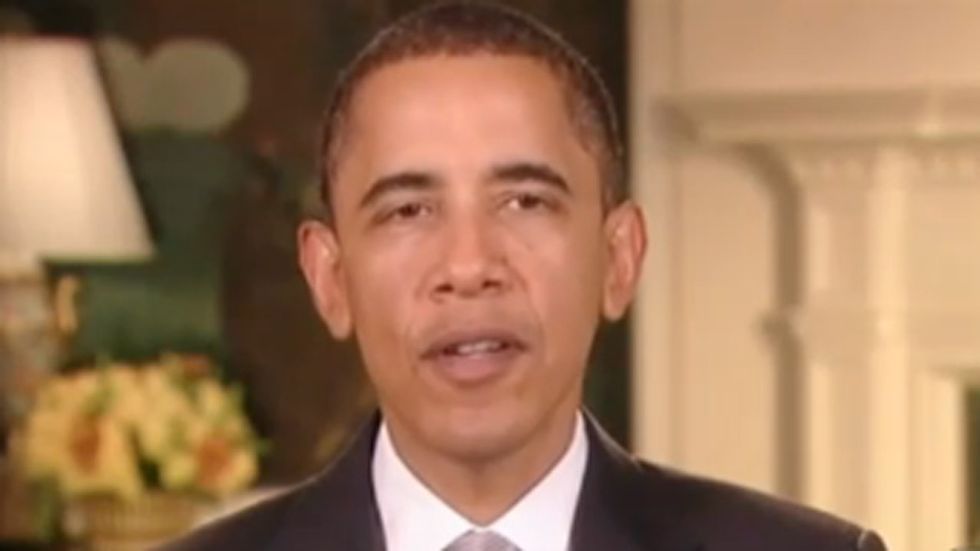 You know an Internet meme has gone viral when it reaches the White House. Today, President Obama released a three-minute video as part of sex columnist Dan Savage's "It Gets Better Project," an online video series created in response to a spate of recent suicides by teens that were bullied for being (or appearing to be) gay.

In the clip, Obama speaks directly to young LGBT Americans, urging victims of bullying to reach out to friends and adults who can provide support. "Things will get better," he reassures. "And more than that, with time you're gonna see that your differences are a source of pride and a source of strength." A growing number of straight celebrities and politicians, including Hillary Clinton, have added their voices the chorus of thousands who have recorded videos in recent weeks. "I don't know what it's like to be picked on for being gay," said the President, "but I do know what it's like to grow up feeling that sometimes you don't belong; it's tough."

Savage recorded the first video with his husband Terry a little over a month ago. "However bad it is now, it gets better," he insisted. "Your life can be amazing but you have to tough this period out and you have to live your life so that you're around for it to get amazing." Savage stopped by the Big Think studio earlier this week to talk about the importance of the "It Gets Better Project," monogamy, the religious right, and gay fatherhood, among other things.

"I felt forever that I’d hear about a gay kid committing suicide and I’d think I wish I could have talked that kid for five minutes," Savage explains. "I would have been able to tell him it gets better, but I couldn’t talk to those kids. Their schools, their parents, their churches aren’t going to bring in openly gay adults to talk to bullied gay kids about our lives and that it is wonderful to be an openly gay adult and what is happening as gay and lesbian and bi and trans people all over the world woke up and realized we didn’t need anyone’s permission anymore to talk to these kids that we could make videos.  We can get on YouTube.  We can use Twitter and Facebook and speak to them directly and if need be really go over the heads of their parents, go over the heads of their teachers and school administrators and go over the heads of their preachers and reach out to them directly and save their lives."

Savage also shared his coming out story, which we will publish next week, along with the rest of his interview, as part of our Coming Out: Stories of Gay Identity series.